Many Americans Are Stressed About Retirement, But Arenât Taking Steps to Prepare 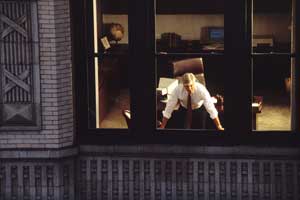 WASHINGTONâMany American workers today are feeling stressed about retirement and are not taking steps to prepare for it.Â And those feeling stressed have lower levels of retirement confidence and are less likely to feel financially secure, according to the 2017 Retirement Confidence Survey (RCS) by the nonpartisan Employee Benefit Research Institute (EBRI) and Greenwald & Associates.

This is the 27th annual RCS, the longest-running survey of its kind in the nation, canvassing both current workers and retirees.

This yearâs RCS finds that 3 in 10 workers report that they feel mentally or emotionally stressed about preparing for retirement. In addition, another 3 in 10 say that they worry about their personal finances while at work (30 percent). Half of these workers believe they would be more productive at work if they didnât spend time worrying. Among all workers, about half say that retirement planning (52 percent), financial planning (49 percent), or healthcare planning (47 percent) programs would be helpful in increasing their productivity.

âI continue to be struck by the relatively small share of workers who do formal retirement planning. Use of a financial advisor increases with age and income, but just 23 percent of workers say that they have spoken with a professional advisor about retirement planning and only 1 in 10 report they have prepared a formal plan for retirement,â said Lisa Greenwald, assistant vice president of Greenwald & Associates, and co-author of the report. âSome of these critical retirement planning steps donât cost workers anything, like estimating Social Security or thinking through what your expenses may be in retirement.â

âThe percentage of workers who feel very confident in being able to afford a comfortable retirement is low,â said Craig Copeland, EBRI senior research associate and co-author of the report. âFurthermore, many workers are worried about retirement issues and their personal finances more broadly. The key factors are debt, lack of a retirement plan at work, and low savings.â

Among the major findings in this yearâs RCS: