Many Americans Now Aspire To Retire By 55 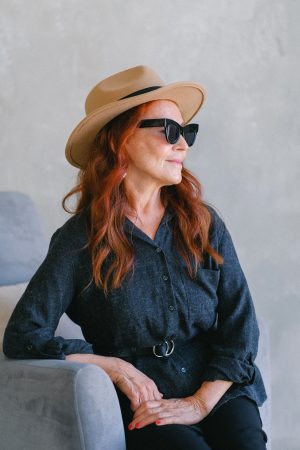 (Mar. 16, 2021, Rye, NY) â Full-time retirement is making a resurgence at an earlier age with one third (38%) of current U.S. pre-retirees[1] currently under age 54, and an estimated 11.5M households with breadwinners under age 55 saying they âAspire to Retire by 55,â according to a new report by Hearts & Wallets, the research and benchmarking firm that specializes in how consumers save, invest and seek financial advice.

The research draws from the Hearts & Wallets database on consumer quantitative buying pattern database, the Investor Quantitative™ Database, which is recognized as the largest single dataset with over 100 million data points on consumer buying patterns from 60,000 U.S. households.

Consumers ages 55 to 64, commonly considered âpre-retirees,â are surprisingly diverse. Although this age group makes up the largest percentage of pre-retirees of all age groups, only 24% of those 55 to 64 consider themselves pre-retirees, 32% do not anticipate stopping full-time work within 5 years, and 44% are already retired.

A new trend is an increasing portion of younger consumers who consider themselves as retirees. In 2020, more consumers (39%) anticipate retiring before age 65 than in any other year since in 2010 with 18% of those saying they plan to retire by age 59.

âThe pandemic has disrupted many lives and jobs,â Laura Varas, CEO and founder of Hearts & Wallets said. âOne repercussion is a renewed appreciation for building financial security and planning for possible end of work. Firms should assist consumers in understanding their personal work viability and provide support to achieve retirement goals without making assumptions about target dates, either earlier or later than the traditional mid-60s.â

Aspire To Retire By 55

An interesting segment is households with breadwinners under 55 who say they want to stop full-time work by age 55. âAspire to Retire by 55â households are well positioned in some ways but may need an assist to achieve their early retirement goal.

Firms should assist consumers in understanding their personal work viability and provide support to achieve retirement goals without making assumptions about target dates, either earlier or later than the traditional mid-60s...

These households are more likely to use various investment products, have lower student debt, spend less on housing, and are more open to personal financial advice. Only 1 in 5 (18%) Aspire to Retire by 55 is saving 15%-plus of income. Their saving rate and other financial behaviors, such as carrying credit card debt, suggest an early retirement goal may be unrealistic without behavioral change.

Employment declined as a source of income for current retirees and an anticipated income source for future retirees while income expectations increased for real estate and taxable account withdrawals. Although income from real estate is not a very common source of income among current retirees, this funding source is important to those who have it.

Participation and saving into employer-sponsored retirement plans are up in 2020. âTo save for retirementâ and âto get the companyâ match are the main reasons for participating. Having âreliable choices screened by my employerâ is less important nationally but relatively more motivating to Black participants in comparison to Asian or white participants.

[1] Historical primary breadwinner is likely to retire (stop full-time work in the primary occupation) or may retire (voluntarily or due to job loss) within 5 years.