Aflac survey reveals that With the latest Centers for Disease Control and Prevention data indicating more than 45 million Americans tested positive for COVID-19 since the pandemic began, millions of households may be facing similar financial challenges, especially as the holiday season approaches. 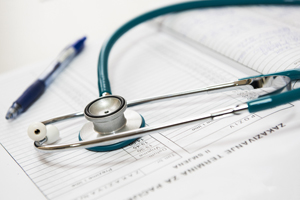 COLUMBUS, Ga., Dec. 2, 2021 /PRNewswire/ — Many American households struggle to pay for medical expenses, forcing some to make difficult decisions. According to the 2021 Aflac Health Care Issues Survey released today, these choices include working more, forgoing medical care, cutting back on holiday spending and more. Even with health insurance, families that experienced COVID-19 and those with children are especially hard hit.

“The study paints a picture of resourcefulness and sacrifice with certain households reporting that they had to take extra shifts at work, dip into their 401(k) accounts and even delay medical treatment for themselves,” said Jeramy Tipton, senior vice president, Distribution Expansion and Consumer Markets at Aflac. “We also found that households with health insurance are not immune from having to cope with significant out-of-pocket health care expenses.”

According to the Aflac study, households that have experienced a COVID-19 diagnosis since the start of the pandemic are far more likely to have experienced high out-of-pocket costs. Most notably:

Financial challenges are also putting a damper on holiday cheer. More than half (60%) of American households that experienced a COVID-19 diagnosis expect to be affected this holiday season out of concern about health care expenses. The most common cost-saving actions Americans expect or have taken leading up to this holiday season include:

Even The Insured feel The Pinch

“Unfortunately, health care costs are rising, but that doesn’t mean Americans should have to decide between paying medical bills or celebrating the holidays,” said Tipton. “Households can help prevent future holiday blues by educating themselves on supplemental benefits, which help close the gap for costs that health insurance doesn’t cover. Plans like critical illness, cancer or hospital indemnity are great because they pay policyholders cash to cover anything from copays to monthly bills such as mortgage or rent, enabling them to focus on the things that matter most, like holiday cheer.”

Unfortunately, health care costs are rising, but that doesn't mean Americans should have to decide between paying medical bills or celebrating the holidays...

Naturally, households with children are less likely to reduce their holiday spending (33% compared to 44% of other households) or cancel holiday events (23% versus 35%), but they are especially feeling the weight of financial concerns. This year, 43% of households with children plan to take some actions in and around the upcoming holiday season out of concern over health care expenses, including taking up more hours at work.

Holidays aside, households with children experience more financial hardships year-round than other households:

Within the past 12 months, households with children are:

“Throughout the pandemic, parents have been confronted with hard decisions on how to best care for their children,” continued Tipton. “The survey shows high health care costs are forcing parents to make even more sacrifices this holiday season â which should be a joyous time of year â on top of everything they already do for their families year-round.”

To see additional survey findings and learn more about the financial effects of health care issues â and how Aflac can help with the expenses health insurance doesn’t cover â visit Aflac.com/HCI.

The 2021 Aflac Health Care Issues Survey is a national online survey of 1,003 U.S. adults fielded in September 2021 by Hill+Knowlton Strategies. Learn more about the survey findings at Aflac.com/HCI.

Aflac Incorporated (NYSE: AFL) is a Fortune 500 company helping provide protection to more than 50 million people through its subsidiaries in Japan and the U.S., where it is a leading supplemental insurer, by paying cash fast when policyholders get sick or injured. For more than six decades, insurance policies of Aflac Incorporated’s subsidiaries have given policyholders the opportunity to focus on recovery, not financial stress. Aflac Life Insurance Japan is the leading provider of medical and cancer insurance in Japan, where it insures 1 in 4 households. For 15 consecutive years, Aflac Incorporated has been recognized by Ethisphere as one of the World’s Most Ethical Companies. In 2021, Fortune included Aflac Incorporated on its list of World’s Most Admired Companies for the 20th time, and Bloomberg added Aflac Incorporated to its Gender-Equality Index, which tracks the financial performance of public companies committed to supporting gender equality through policy development, representation and transparency, for the second consecutive year. To find out how to get help with expenses health insurance doesn’t cover, get to know us at Aflac.com or Aflac.com/Espanol.