To remain remote, employees are ready to give up benefits, PTO, & salary

A new survey from Breeze, a disability insurance and ancillary benefits advisory, measures the impact of remote work since COVID, and gauges employee interest in sacrificing time-honored perks for the luxury of working from home. Access the complete report, including resources and statistics, here. 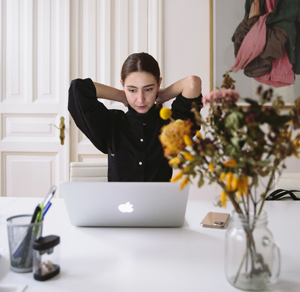 Remote work was an unknown when it started en masse in March 2020.

Marred by Zoom difficulties, the first few weeks were rocky and unsettling for executives and employees alike. But people soon began to enjoy working from home. Productivity actually increased, and workers had more time to pick up new hobbies or rediscover old ones, while also improving their finances and mental health. Now as normalcy returns, many employers want their employees to leave their kitchen tables (or couches) and get back to their desks in the office.

But employees aren’t so ready to give up their new favorite benefit; Bloomberg reported workers are quitting their jobs instead of giving up remote work.

Tony Grenier, CEO of Grenier Media, learned this the hard way:
I sent a memo to all my employees last month that we will be doing complete work at the office, starting in July. However, I already received some resignation letters from several employees. Now, our company is facing a lack of employees due to that.

Just how much do employees value working from home?

If they had to choose, would they rather have the ability to work remotely or the best employee benefits like health insurance and a 401(k) plan? Would they take a pay cut to retain remote work? Would they give up their PTO?

Breeze surveyed 1,000 Americans to find out.

We asked 1,000 adult Americans who are employed or looking for work at a job that can be completed entirely remotely what they would give up if that employer offered them the option of working remotely full-time.

Here’s how some of them answered:

The Results By Generation

From zoomers to boomers, millennials to Generation X, every generation walks to the beat of their own drum. Which generation was more likely to part ways with some of the best employee benefits in order to retain full-time remote work. Surprisingly, Gen Xers were often the most likely generation to take pay cuts, part ways with some of the best job benefits, or get rid of PTO in exchange for the ability to work remotely full-time.

Why might this be? Gen Xers are between the prime parenting ages of 41 and 56, so remote work gives them better flexibility to juggle being a parent and an employee simultaneously.

Scott Penick, a 41-year old father of four and full-time attorney, moved from New Jersey to South Carolina when the pandemic began. He took a pay cut of roughly $50,000 but sees the flexibility of remote work as priceless:
Along with my wife and four kids, at 41 years old I moved back into the house I grew up in, where my mom still lives. It can be really humbling at times, but the flexibility and time with family are priceless.

Before we buy our own home, we hope to travel and rent AirBnBs for extended periods of time around the country. I can do that, because I am 100% remote.

It was not surprising to see baby boomers as the generation that was usually the least likely to swap benefits and perks for remote work. Perhaps baby boomers had a tougher time adjusting to the virtual nature of work-from-home when they have known the face-to-face office culture for so long.

It was interesting to see millennials and zoomers usually in the middle between Generation X and baby boomers. One might have thought these younger, tech-savvy generations would have kept remote work and avoided returning to the office at all costs.

Yet, they were less likely than Gen Xers to give up salary, which could be because they are trying to build net worth, pay off student debt, and save for large purchases like a home. Zoomers were also the least likely of all generations to give up mental health benefits, while millennials were the least likely to relinquish life insurance benefits.

The coronavirus pandemic triggered a great shift to remote work. How will employees and employers move forward? Willing to part ways with salary, PTO, health insurance benefits, or social media, the data from our survey proves workers place an extremely high value on remote work.

It’s clear employers will need to incorporate remote work to some degree â not only to attract the best candidates, but also to retain current employees.

John Simmons, a C-level executive at InboxAlly, realized this when his company sent an email to employees asking them to return to the office:
We noticed that this [returning to the office] would be an issue with almost half of our staff when we sent out an email asking them to return to the office. One person was even willing to quit and offered to stay on as a freelancer. We reacted quickly to this and created an anonymous survey asking our employees how to tackle this issue. What we found was that people were really looking for the freedom to choose when and where they would be working from. So as a compromise, we now have one day a week where everyone is compelled to come to the office and this day is mainly for meetings. Four days of the week, people get to choose if they want to come to the office or work from home.

This simple change was happily accepted by everyone.

Moving forward, a hybrid solution like the one proposed by InboxAlly will likely be the proper course for most companies. This way, the team-building and face-to-face interactions that come with office culture can still take place, but workers can still retain a certain amount of flexibility and work-life balance by staying home when they decide to.

However, employers should not expect employees to give up salary, the best job benefits, or PTO in exchange for remote work.

Jessica Ulloa, a Community Manager at MyPerfectResume, offered her thoughts on that:
There’s a wrong perception that working from home is like being on vacation, which is not true. I am still an employee who works 8 hours a day and delivers great results. The fact that I have more flexibility to do my work doesn’t mean I put in less effort, so I don’t believe that it would be fair to take a pay cut, give up PTO, or any other benefit.

When it comes to the future of the workplace, remote work should be treated as a reality, not a privilege or perk.

All data found within this report derives from a survey commissioned by Breeze and conducted online by survey platform Pollfish. In total, 1,000 adult Americans were surveyed. To qualify for the survey, each respondent had to have been currently employed or looking for work at a job that can be completed entirely remotely. The appropriate respondents were found via Pollfishâs age filtering feature, in addition to a screener question. This survey was conducted over a two-day span, starting on July 20th, 2021, and ending on July 21st, 2021. All respondents were asked to answer all questions truthfully and to the best of their abilities.