Managing the Peril of Debt 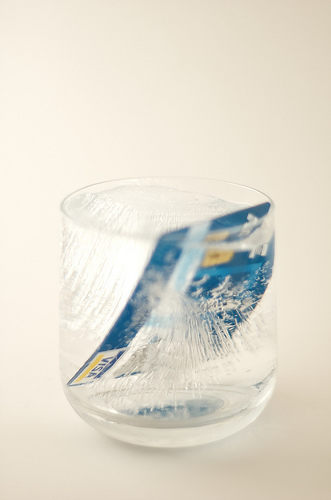 Consumer credit card debt statistics â an indicator of spending trends and household financial health â support the notion of a rapidly improving economy, which is further evidenced by the fact that an impressive 321,000 jobs were added in November while the unemployment rate hovers at 5.8%. The credit card charge-off rate, at 2.89%, is at the lowest point since 1985, you see, which indicates that consumers have the financial wherewithal to remain current on their obligations.

Thatâs the good news. The bad news is that while economic gains are making consumer spending habits sustainable for now, our attitudes toward debt have not improved since the Great Recession. Our credit card performance has deteriorated on a year-over-year basis for four straight quarters, punctuated by a $15.94 billion increase during Q3 2014. This represents a 35% increase over Q3 2013 and a 25% rise relative to Q3 2012. Furthermore, we now project that U.S. consumers will incur a total of more than $60 billion in new credit card debt by the end of 2014, which would be an increase of at least 55% over 2013.

As a result, consumers must strive to remember the corrosive impact of debt on household finances during the recession and work to get out from under its influence before the burden becomes unbearable again.

The credit card charge-off rate, at 2.89%, is lower than it has been since 1985! While this speaks volumes about the strength of the economy, indicating that more people have jobs and are able to stay current on their financial obligations, the prodigious amount of debt that we continue to rack up indicates that consumer attitudes toward money have not improved since the Great Recession.

The $15.94 billion in credit card debt that U.S. consumers racked up during Q3 2014 represents the largest third quarter build up in the past five years, with the exception of 2011. The consumer debt picture has now worsened on a year-over-year basis for four straight quarters.

The average householdâs credit card balance increased by $68 during the third quarter of 2014, and is now $6,870. We expect this figure to reach $7,126 by the end of the year, bringing us roughly $1,200 away from a tipping point at which minimum payments will become unsustainable and delinquencies will skyrocket.

CardHub now projects that U.S. consumers will end the year having racked up more than $60 billion in new credit card debt, which would be at least 55% more than in 2013.

Wow! For the first time in the past six years, consumers reversed almost the entirety of their standard first quarter paydown during the second quarter of the year. More specifically, the $28.5 billion in credit card debt that we incurred during the second quarter of the year wipes out more than 86% of the $32.5 billion we paid off with the aid of tax refunds and annual salary bonuses from January through March.
This yearâs second quarter increase was 46% higher than the next highest Q2 debt buildup (recorded in 2011) and nearly 200% higher than the increase witnessed in Q2 2009, when the countryâs economy was just emerging from the Great Recession.

The average householdâs credit card balance increased by $174 during the second quarter of 2014, and is now $6,802.

We expect the average householdâs credit card debt to easily surpass the $7,000 mark during 2014, thereby reaching levels not witnessed since the end of 2010.

Assuming the above projection holds true, by the end of 2014 U.S. consumers will be roughly $1,300 away from the credit card debt tipping point, where minimum payments become unsustainable and delinquencies skyrocket.

At 3.45% in Q2 2014, the quarterly credit card default rate increased slightly from the first quarter of the year, indicating a small rebound from historical lows seen during the past three quarters. A continuance of this rebound in subsequent quarters could signal that credit card debt levels are increasingly unsustainable.