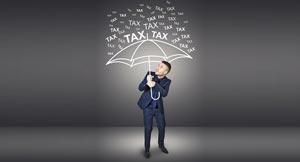 âThe survey revealed widespread consternation about the murky tax landscape many organizations have found themselves in this year,â said Jamie Yesnowitz, a principal and State and Local Tax (SALT) leader in Grant Thorntonâs Washington National Tax Office. âAmidst this uncertainty, tax leaders must decide where to best focus their efforts. And on that front, they have no shortage of options.â

The Grant Thornton survey, which was conducted prior to the Russian invasion of Ukraine, found several disparities in how key executives view the economy and tax law. For instance, the survey asked respondents about their economic outlook over the next six months. While 56.5% of tax directors said they have âsome optimismâ about the economy, CEOs and CFOs were less optimistic, with only 27.3% and 26.1%, respectively, viewing the economy with some degree of optimism.

Further, 55% of respondents predicted ânoâ significant tax legislation would be passed this year, while only 20% said it would. Tax directors were slightly more optimistic than CEOs and CFOs: Nearly one-third (32.6%) of tax directors believed legislation would pass, compared to 18.2% of CEOs and just 4.3% of CFOs. However, even amidst doubts about pending legislation, planning has remained a priority.

âModeling can be a very useful tool for anticipating the effect of various tax changes and identifying potential planning options,â said Dustin Stamper, a managing director and Tax Legislative Affairs practice leader in Grant Thorntonâs Washington National Tax Office. âIt can pay to be proactive, especially in an uncertain economic climate. If youâre waiting to see what happens with any pending legislation, you can easily get flat-footed and miss crucial opportunities to help your organization.â

The lack of significant U.S. tax legislation thus far might be expected to cheer tax executives worried about proposed tax increases, but the survey found they were very concerned about the failure of key priorities.

It can pay to be proactive, especially in an uncertain economic climate. If youâre waiting to see what happens with any pending legislation, you can easily get flat-footed and miss crucial opportunities to help your organization...

When asked about the biggest tax priority facing their company, 21.4% of respondents said the sunset of 100% bonus depreciation beyond 2022; 17.3% said the postponement of research and experimental (R&E) amortization; and 9.2% said they were focused on postponing the addition of amortization and depreciation in the Section 163(j) interest limit calculation.

International taxes drew plenty of concern, too â particularly in terms of global intangible low-taxed income (GILTI). Over one-fourth (29.2%) of respondents said a country-by-country imposition of GILTI would have the biggest impact on their business. Meanwhile, 24% said an increase in the GILTI rate would affect their organization the most.

Respondentsâ interest in the proposed GILTI changes is likely to continue given the recent Organization for Economic Co-operation and Development (OECD) negotiated global tax agreement to implement a 15% global minimum tax.

âThe current U.S. GILTI system is likely not compliant with the OECDâs proposed framework due to various design differences, including the country-by-country approach and applicable tax rate,â said David Sites, International Tax Services managing partner at Grant Thornton. âThe ability for the U.S. to align the GILTI system with the global framework depends on Congressâ ability to advance legislation making the necessary changes.â

The Tax Cuts and Jobs Actâs âSALT cap,â which limits to $10,000 the deduction individuals can take to reduce federal taxable income, is a cause of continuing consideration. Sixty percent of pass-through executives said they want the cap eliminated completely, while nearly one-fifth (18.2%) of these executives want to at least double or triple the deduction.

Finally, questions about environmental, social and governance (ESG) strategies highlighted even more divergent priorities. While nearly 65% of public company executives said they have considered ESG strategies through tax governance, only about 40% of private company leaders said the same.

Interestingly, over 53% of respondents said their companies had not considered ESG in a meaningful way. And when asked if their company had a comprehensive ESG strategy, just 8.2% of executives said âyes.â

Grant Thornton LLP (Grant Thornton) is one of Americaâs largest audit, tax and advisory firms â and the U.S. member firm of the Grant Thornton International Ltd global network. We go beyond the expected to make business more personal and build trust into every result. With revenues of $1.97 billion and 51 offices nationwide, Grant Thornton is a community of more than 9,000 problem solvers who value relationships and are ready to help public and private organizations of all sizes and industries create more confident futures. Because, for us, how we serve matters as much as what we do.