Study: Equities Continue to Be the Dominant Investment Among Plan Participants 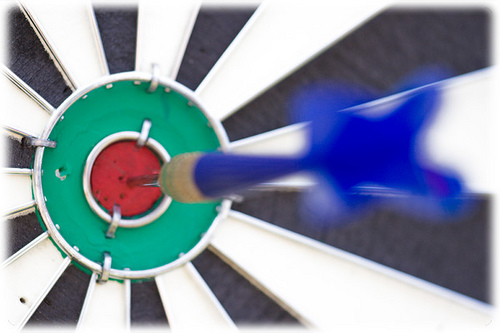 WASHINGTONâThe evolution of 401(k) plan designs has resulted in a significant increase in the use of balanced funds, including target-date funds, by recently hired 401(k) plan participants in 2013 compared with recently hired participants 15 years ago, according to a newly updated annual report by the Employee Benefit Research Institute (EBRI) and the Investment Company Institute (ICI).

These data suggest that regulatory changes have helped make it easier for employers to design their plans to cater to the wide array of 401(k) plan investors, ranging from folks who want to do it themselvesâconstructing a portfolio from the investments offeredâ to those who are invested in target-date funds for professional asset allocation, diversification, and rebalancing over time,â noted Sarah Holden, ICI senior director of retirement and investor research. âThis evolution in plan design has resulted in increased diversification across asset categories, on average, for 401(k) plan participants.â

âTarget-date funds provide a convenient investment choice for 401(k) participants to automatically diversify at least a portion of their retirement portfolios and maintain age-appropriate asset allocations even during volatile financial markets,â said Jack VanDerhei, EBRI research director. âThe growing use of these funds in recent years, especially among new 401(k) participants, has been accompanied by a marked decrease of young participants with zero equity exposure. The increased use of target-date funds has also been associated with a decrease in older participants with high concentrations in equities as well as a continued reduction in the allocation to company stock among 401(k) participants.â

...regulatory changes have helped make it easier for employers to design their plans to cater to the wide array of 401(k) plan investors

Other key findings of the study include:

401(k) loan activity held steady in 2013. The study shows that at year-end 2013, 21 percent of all 401(k) participants who were eligible for loans had loans outstanding against their 401(k) accounts, unchanged from the prior four years (2009â2012), although slightly elevated compared with the levels seen prior to the financial crisis (2006â2008).
The average 401(k) account balance tends to increase with participant age and tenure. Age, tenure, salary, contribution behavior, rollovers from other plans, asset allocation, withdrawals, loan activity, and employer contribution rates affect an individualâs account balance at any point in time. For example, at year-end 2013, the average account balance among 401(k) plan participants in their sixties with more than 30 years of tenure was nearly $250,000. The average 401(k) participant account balance was $72,383.

Information About the EBRI/ICI Database
The study is based on the EBRI/ICI database of employer-sponsored 401(k) plans, the largest of its kind and a collaborative research project undertaken by the two organizations since 1996. The 2013 EBRI/ICI database includes statistical information on 26.4 million 401(k) plan participants in 72,676 plans, which hold $1.912 trillion in assets and cover about half of the universe of 401(k) participants.

EBRI, established in 1978, is an independent, nonpartisan, nonprofit research and education organization committed exclusively to data dissemination, policy research, and education on economic security and employee benefits. EBRI does not take policy positions and does not lobby.