Buying A Home Steadily Shifting From Dream To Pipe Dream

American Millennials cite crushing student and medical debt, and the failure of wages to keep up with the cost of living as accelerators of this generational problem of unaffordable housing

A new report sponsored by Legal & General Group, U.S. Millennials and Home Ownership â A Distant Dream for Most, finds that in the wake of Covid-19, more and more young people are having to make difficult decisions about where to live 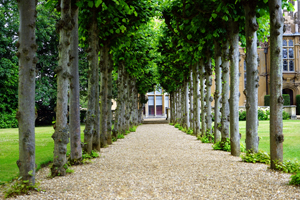 Home Ownership: while itâs listed as the #2 dream item on their bucket list, the majority of American Millennials across the age span of 25 to 40 are finding it hard even to afford where they live, and nearly impossible to buy a home. The pandemic forced many to go back home to their parents or hometown in order to be able to buy their own place, while remaining in a larger metropolitan area or even in their college town has moved further out of their reach.

The data-rich study, which will be released in several focused segments, talked to U.S. Millennials not as a homogeneous generation, but as three distinct age groups with highly individualized, often different housing needs. Released today, Part 1 of the study looks particularly at the effects of the pandemic on home-buying sentiment and decisions across urban, suburban, and less populated geographies.

Legal & General Group Chief Executive Nigel Wilson commented: âThis study confirms that for most young adults, buying a home is an increasingly unattainable goal. Millennials we studied cited crushing student and medical debt, and the failure of wages to keep up with the cost of living as accelerators of this generational problem of unaffordable housing. If youâre under the age of 40, youâre part of a generation that needs access to a bigger and more broadly available supply of affordable housing than currently exists.â

Key findings of the U.S. Millennials and Home Ownership study include:

Study Co-Author and Legal & General Corporate Affairs Director John Godfrey notes: âIn the U.K., weâve been addressing the problem of the shortage of affordable housing, and the solution clearly needs to be multi-pronged. It starts with increasing the supply of affordable housing and building more overall. But we must also develop different paths toward ownership, perhaps on a rent-to-buy model. In addition, developers could be thinking about creating housing attractive to older segments of the population and empty nesters so that as they downsize, younger buyers donât have to compete with them for that same housing stock.â

Legal & Generalâs study looks not only at housing affordability, but also at geographic and demographic choices based on age and life stage, and at various drivers that shape Millennialsâ attitudes and plans, including the role of debt, Covid-19 and the broad changes it has wrought, and the role of older generations in their abilityâor inabilityâto purchase a home. Future segments will look in depth at other specific areas, including the intergenerational housing gap; the wage stagnation and inflation equation; home ownership on U.S. Millennialsâ bucket list; student debt and the cost of healthcare; and where Millennials stand on retirement and other savings plans.

About the Study
Legal & General undertook proprietary research into the attitudes and changes, as well as geographic shifts, U.S. Millennials are experiencing in relation to home purchases and affordable housing. The U.S. Millennials and Home Ownership research was compiled using original survey data 875 U.S. based Millennials who donât own a property, then segmented into three distinct age groups and other demographic markers. The survey work was carried out by Legal & General. Fieldwork was undertaken during March and April, 2021.Â All surveys were carried out online.

About Legal & General Group
Established in 1836, Legal & General is one of the UKâs leading financial services groups and a major global investor, with international businesses in the U.S., Europe, Middle East and Asia. With over $1.4 trillion in total assets under management, Legal & General is the UKâs largest investment manager for corporate pension schemes and a UK market leader in pension risk transfer, life insurance, workplace pensions and retirement income.