For LTCi, It's All About Facing The Issues

ACSIA points to the finding of a federal survey: After participants grappled with their care concerns, they had no trouble answering questions about action options 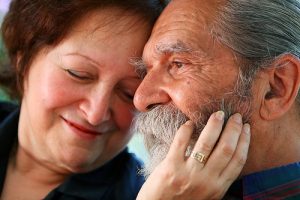 “The main takeaway was not the particulars of the responses, in our view,” says Denise Gott, CEO of ACSIA Partners. “It was the fact that participants considered and faced the issues.”

Excerpts from the HHS report

CONCERNS: What is your degree of concern about:

ACTIONS: What is your degree of willingness to:

The report concludes, “These findings highlight the need for increased education on the â¦ choices and financing options.”

Gott agrees, and believes the survey itself opened the eyes of the 15,298 participants, “by provoking introspection and analysis.”

All Americans would benefit from considering such questions... First the personal concerns, which are often hidden, then the action options

“All Americans would benefit from considering such questions,” Gott adds. “First the personal concerns, which are often hidden, then the action options.”

ACSIA Partners has hundreds of long-term care specialists in all parts of the country. “Part of their job is to ask the right questions and invoke the right thinking,” says Gott. “They’re glad to talk with consumers and business executives about any and all care-related concerns and actions, financial and otherwise.”

ACSIA Partners LLC — https://www.acsiapartners.com — is one of America’s largest and most experienced long-term care insurance agencies serving all states. The company is also a co-founder and sponsor of the “3in4 Need More” campaign, which encourages Americans to form a long-term care plan.

The HHS report is available at here. NOTE: The report uses the term “long-term services and supports” (LTSS) in place of “long-term care” (LTC).