The consumer site wallethub.com offer its annual look at Valentine’s ay… from a financial perspective. Reprinted with permission. Visit www.wallethub.com 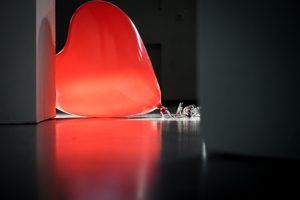 More Men Say V-Day Debt is Worth it:
Men are nearly 3X more likely than women to think a Valentineâs Day gift is worth going into credit card debt.

Reckless Spending Ends Relationships:
46% of people would break up with their significant other if he or she spent irresponsibly.

Financial Irresponsibility Isnât Attractive:
4 in 10 people say irresponsible spending is a bigger turnoff than bad breath, and 51% of people say they would not marry someone with bad credit.

To determine the most romantic yet affordable cities for celebrating the Day of Hearts, WalletHub compared 100 of the largest U.S. cities across 26 key metrics, ranging from florists per capita to forecasted precipitation to cost of a three-course meal for two.

A Conversation On Love & Money

Do you think people on the dating scene worry about things like credit scores and financial literacy?
People in the dating pool have become increasingly concerned with finding a partner who has the right qualifications financially, following the Great Recession. Four in 10 people now say that irresponsible spending is a bigger turn-off than bad breath, and closer to half of us would break up with our significant other if they spent irresponsibly. But the fact that 51% of people say they would not marry someone with bad credit should be the biggest wake-up call for daters. It makes sense when you consider that bad credit can cost people hundreds of thousands of dollars over the course of a lifetime. The good news is that a bad credit score is fixable, which canât be said for a lot of other things that might keep someone from marrying you.

4 in 10 people say irresponsible spending is a bigger turnoff than bad breath, and 51% of people say they would not marry someone with bad credit...

Do you have any tips for how can singles can get their finances relationship-ready?
Irresponsible spending and bad credit are big turnoffs for a big portion of the dating pool, given what it says about an individualâs earning power, organization and future quality of life. So, singles who struggle in those areas need to turn those warning signs into signals of quality. Like with any healthy relationship, that starts with active participation in the process. Make a budget that cuts out some unnecessary luxuries and allows for more saving. Monitor your credit score and report. And explore ways to boost your earning power. The keys to success in love and money are no secret. You just need to keep things as simple as possible and do the fundamentals really well.â