Deep-Pockets in the crosshairs 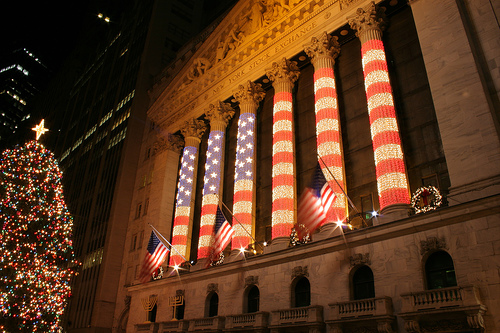 The city of Los Angeles has filed lawsuits against Wells Fargo, Citigroup and Bank of America for alleged discriminatory lending practices that led to a wave of foreclosures which resulted in lost property tax revenues for the city. It seems nearly everyone connected in some shape or form to the housing market believes the best course of action to recover losses is to pursue compensation from the countryâs largest banks.

The mortgage crisis in Los Angeles resulted in over 200,000 foreclosures and an estimated $78 billion decrease in home values. According to the lawsuits, property tax revenues fell by almost $500 million during that period as a result of the lending practices of the banks.

Los Angeles is suing the banks over mortgage discrimination and fair lending practices, but its lawsuit appears to focus heavily on the high watermark of the cityâs housing market as opposed to fair value. The lending on behalf of the banks led to the accessibility of capital to purchase homes. That in turn led to an increase in the value of homes. If the lending practices were wrong, so were the home values.

The mortgage fight includes many players and participants. However it appears the deep-pocketed banks are the ones being asked to pay for the collapse in housing.

Thatâs not to say thereâs no culpability or no laws were broken, but if Los Angeles is successful in its attempt to recoup lost property tax revenues from the banks, expect other municipalities to imitate the strategy. In the long run, though, the result may well backfire as lending in certain areas becomes less available and more expensive.

The latest report from Joseph Smith Jr., a court-appointed monitor of the $25 billion national mortgage settlement (the Monitor), indicates there are still certain deficiencies in meeting the agreed upon settlement terms in servicing delinquent mortgage loans.

Yet the report notes progress is being made to address the issues. The Monitor used 26 metrics and 304 distinct standards to establish compliance. However, the general servicing standards, being set by various regulators including the Consumer Financial Protection Bureau, are still evolving based on feedback from borrower complaints, attorney generals and consumer advocates.

Key areas of focus include: a) modification and foreclosure time-lines; b) accurate and complete information on statements; c) avoidance of dual tracking of foreclosure and modification; and d) single-point of contact. Notification to the borrowers of incomplete modification documents within five days seems still to be a challenge to some servicers. The positive fact is the Monitorâs report indicates none of the large banks have been improperly foreclosing a mortgage or denying modifications while there may have been errors along the way.

The mortgage fight includes many players and participants. However it appears the deep-pocketed banks are the ones being asked to pay for the collapse in housing

Accurate measurement and monitoring tight servicing rules require contemporaneous and timely availability of relevant information across different functions. This mandates extensive redesign of the existing data infrastructure and functionality to handle collaborative work flow and management of interdependent processes. The legacy servicing infrastructures tend to be patched together from independently developed modules. Various modules are not necessarily working with data that is entirely in phase. This makes flawless implementation of elaborate standards across large delinquent mortgage pools inherently a very hard task.

Hence, the servicing industryâs effort to comply with new and evolving mortgage servicing standards is still a work in progress and entails design and implementation of new overlay modules and processes. This will make timely and precise assessment of compliance possible and manageable.

The Consumer Financial Protection Bureau (CFPB) rule set to take effect on January 10, 2014, could inadvertently affect borrowers that are looking for so-called jumbo loans. The Ability-to-Repay rule, also known as the Qualified Mortgage (QM) rule, has two key provisions that will likely make it much more difficult for jumbo loans to gain âQMâ status: the total monthly debt-to-income (DTI) cap at 43% and the restriction against interest-only (IO) loans.

Under the rule, nonconforming loans (greater than $420 thousand to $750 thousand depending on area) will be in breach of the QM standard if the borrowerâs DTI exceeds 43% of monthly income. This will directly impact the willingness and ability of lenders to make these loans as it affects risk retention. Historically, around 25% of all loans purchased by government-sponsored mortgage buyers Fannie Mae and Freddie Mac had DTIs greater than 43%. However, the effect on jumbo loans is more pronounced. These nonconforming loans will not be eligible for a Fannie or Freddie guarantee while loans that exceed the 43% limit, but are otherwise eligible for government backing, will be QM-eligible under the rule. According to CFPB, about 15% of jumbo loans were over the 43% threshold last year.

Ineligibility of an interest-only feature will also impact the jumbo market as IO loans have been popular. According to Lender Processing Services, a Jacksonville, Fla., mortgage industry data and analytics provider, approximately 17% of jumbo loans in 2011 were IO. Many jumbo loan borrowers favor the financial flexibility afforded by the lower monthly payment feature as well the optimal tax deductibility.

The mortgage finance industry has found itself in the eye of the regulatory hurricane arising out of the Dodd-Frank Act, which includes the creation of the CFPB. The inconsistent treatment of jumbo loans is just another example of legitimate consumer and mortgage market needs being subordinated to overly restrictive regulatory provisions.