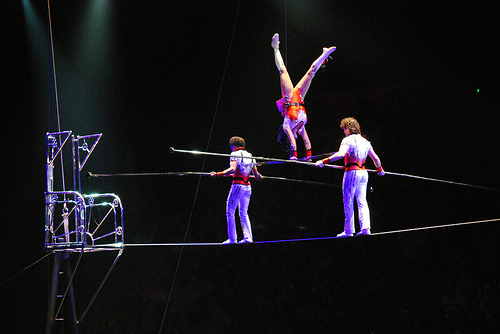 In addition, while there has been marginal improvement in the United States regarding plans to invest in plants and machinery (net 43 percent), plans to invest in research and development in 2014 (net 17 percent) has remained flat. Encouragingly, a net balance of just 29 percent of U.S. business leaders cite economic uncertainty as a constraint on their ability to grow their operations in the next 12 months, down from 37 percent in the previous quarter.

âFollowing our nationâs political leaders reaching a short-term budget agreement late last year and as economic indicators continue to show improvement, the large increase in optimism among business executives could be indicative that we have moved into the first prolonged period of economic stability since the financial crisis,â said Stephen Chipman, chief executive officer of Grant Thornton LLP. âHowever, our countryâs business leaders will continue to require consistent signs of stability in fiscal, public and tax policies to feel confident about their decisions, including investing in their businesses, creating jobs and growing their operations.â

..the large increase in optimism among business executives could be indicative that we have moved into the first prolonged period of economic stability since the financial crisis

IBR data reveals an improvement in sentiment about most areas of business performance and stability. U.S. profitability expectations improved eight percentage points to a net 60 percent of business leaders expecting to see profits climb in the next year, following a two percentage-point decrease in the previous quarter. Hiring expectations in the United States increased to a net 45 percent, up seven percentage points from last quarter. Revenue expectations in the United States decreased to a net balance of 64 percent, just a slight decline from 65 percent the previous quarter and a substantial increase from net 46 percent a year ago.

Data collection
Data collection is managed by Grant Thornton International Ltd’s core research partner â Experian. Questionnaires are translated into local languages with each participating country having the option to ask a small number of country specific questions in addition to the core questionnaire. Fieldwork is undertaken on a quarterly basis. The research is carried out primarily by telephone. For percentages not identified as a percentage of respondents, the net percent balance is reported as the proportion of companies reporting they are optimistic/the trend has increased less those reporting they are pessimistic/trend has decreased.

Sample
IBR is a survey of both listed and privately held businesses. The data for this release are drawn from interviews with more than 3,300 businesses from all industry sectors across the globe conducted during January and February 2014. The target respondents are chief executive officers, managing directors, chairmen or other senior executives.