How to help Gen X clients plan for income in retirement 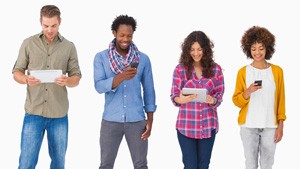 The gloom of the impending retirement crisis facing the Baby Boomer generation has gone from oft-discussed concept in financial planning circles to a sobering reality, as 10,000 savings-strapped Boomers enter retirement each day.Â There exist limited retirement income options for Boomers to bridge the savings gap once they retire, and more often than not, they need to lean on their children â Generation X â for financial support.Â As Gen Xers, middle-aged adults born in the early- to mid-1960s through the early 1980s begin their approach to retirement age, theyâve become gravely sandwiched between providing financial support for their elderly parents and their adult children (Millennials and Gen Z) who arenât fully independent yet.

This has led to the realization that while Boomers lack sufficient savings, Gen X has nothing at all in the bank, with thoughts of retirement seeming elusive at best.

This over-arching generational problem was highlighted by a recent survey commissioned by CUNA Mutual Group, demonstrated that nearly two-thirds of middle class Gen Xers donât have enough savings to cover more than 90 days of bills in case of an emergency. Whatâs more, about a third say they have no savings at all to dip into.

Even more alarming about these findings is that the economy, at the moment, is quite healthy based on its vital signs. The unemployment rate is at its lowest point since 1969, stocks continue to hover near all-time highs behind a ten-year bull market, and consumer confidence hit an 18-year high in October. If such positive conditions still leave Gen X with nothing in the bank, what could happen in a downturn?

We have a problem hereâ¦

The answer isnât reassuring. The truth is, members of Gen X have a problem on their hands. In addition to supporting their parents and their adult children, they were hit especially hard by the recession ten years ago, losing more wealth than any other cohort.Â What this means is that solving the predicament of retirement for Gen X will require a gameplan that must involve a diligent overall strategy that is truly comprehensive for achieving stability and securing income well into the âgolden yearsâ. There is no single product that can serve such a broad need, but there are components that can be interwoven to create a strong retirement income plan.

The first thing soon-to-be retirees must consider is that their longevity is truly the driver of all risk. The average lifespan has inched up over the years and currently sits at 81.2 years for women and 76.4 years for men. Put simply, the probability of living a long life is substantial. With that in mind, the assumption of longevity for Gen Xers is a staple of any sound plan.
Next, there are three main pillars that any financial advisor must think about when they begin putting pencil to paper to build a retirement income plan for any soon-to-be retiree: expenses, income and taxes.

First, expenses. Most people fail to take the time to put together an itemized budget of what their expenses will look like during retirement. Itâs important for advisors to bring this into the equation early. An important calculation in estimating expenses is the âreplacement ratioâ â which is the amount of income needed to maintain standard of living.

Replacement ratios can vary based on income, but they typically fall between 78 percent and 85 percent, and based on a recent study, that range is rising and may end up higher when Gen Xers actually reach retirement. Adequate replacement ratios tend to make up a larger percentage of pre-retirement income for those making less because their take-home pay represents most of their income. Those with higher incomes save more while working, so their replacement ratios are typically lower.

In addition to timing retirement, timing a Social Security filing is another large income question mark. By waiting a few extra years to file a claim for Social Security benefits, retirees can make significantly more in retirement each year....

Another key consideration on the expenses side is the cost of health care. While certain expenses like transportation and food are higher when people first retire, many will decrease through retirement as the retiree becomes less active. Health care spending, however, tends to increase due to the general decline of health and the general rise in costs.
Health care costs must be accounted for, as one study concluded that couples age 65 who retire today with Medicare parts B and D with a supplemental policy will still need approximately $395,000 set aside for premiums, prescriptions, copays, and deductibles in retirement.

Income is the second component and represents the area with the most variables to consider. This is also an area where clients have a great deal of questions and uncertainty.

The biggest question mark surrounding retirement income is timing retirement â or how long a soon-to-be retiree plans to work. While the majority of workers over the age of 50 plan to work past the age of 65 â with a median anticipated retirement age of 66 â many retire earlier than that, and frequently that can be chalked up to health issues.

In addition to timing retirement, timing a Social Security filing is another large income question mark. By waiting a few extra years to file a claim for Social Security benefits, retirees can make significantly more in retirement each year.
For example, if a person with a $2,000 monthly benefit at a full retirement age of 66 waits until 70 to claim benefits, they could receive around $54,000 more in total benefits by age 85 or around $120,000 by age 90.

Of course, this must be weighed against each clientâs asset portfolio, as not all clients have substantial enough sources of income lined up for retirement to make such Social Security optimization plans a reality. For clients who are able to wait â itâs worth noting that it certainly does pay off to spend three or four years of assets to maximize Social Security income, even with recent legislative changes â contrary to a common misconception.

Annuities also present a strong option by providing a steady income stream that is essentially a personalized pension in an era when less employers offer a pension programs. That should plummet further by the time Gen Xers reach retirement.
The final piece of the puzzle that fits in alongside income is taxes.

While most advisors canât offer tax advice, they can make their clients aware of income planning options that could help manage their adjusted gross income. Since adjusted gross income affects the taxable portion of Social Security benefits and Medicare premiums, there are a few things to think about.

Roth IRAs are worth considering as a way to avoid a higher-than-necessary tax bill by paying a tax only when contributing money into the account, and not facing an additional tax on the appreciation.

In short, at a time when people are living longer but increasingly responsible for planning and managing their own retirement assets, thereâs an awful lot of concern around outliving oneâs resources, and that will only increase with time.
Baby Boomers are now retirement age and they indeed face a crisis when it comes to their retirement, and many are turning to the next generation for help. The next generation, Gen X, is helping meet that need, but that has delayed its hopes of saving for retirement to a point where itâs time to sound the alarm.

On the positive side, thereâs still time to plan for members of Gen X for those who act quickly. Hopefully, by taking the time in the New Year to plan for now and plan for income during retirement, Gen X can avoid another devastating setback in the event of an economic downturn â and along with that, start to take actions that get them on the road to retirement. â