Are American workers prepared for the new era of choice and responsibility? 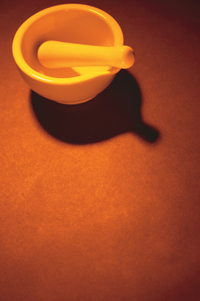 Bob Klein is Vice President of Voluntary Benefits, Sun Life Financial U.S., responsible for the development, commercialization, and profitability of our Voluntary solutions. He can be reached at [email protected]

Employers are increasingly shifting the cost of group insurance benefits to workers. Just as employers have largely replaced employer-paid DB plans with DC plans, the same cost-cutting pressures are transforming the group insurance benefits sector.Â  One third of employers are considering replacing employer-paid insurance with voluntary group benefits, according to LIMRA. And many other employers don’t currently offer group long-term disability to their employees: 59% of U.S. full-time workers, 65 million people, have no access to group LTD.Â  As more employers offer voluntary group benefits, American workers will need to assume more responsibility for planning and managing their group benefits. If workers don’t understand their risks and plan accordingly, they may mismanage their benefit plans and possibly jeopardize their financial security.

Are American workers prepared for employee benefits’ new era of choice and responsibility?Â  Not yet, according to the results of a recent long-term disability survey of over 2,000 U.S. workers by Sun Life Financial.
Granted, workers seem to understand the odds and financial ramifications of disability. Many predicted their odds of experiencing a disability lasting one year or more during their professional lifetimes at two in ten, which matches Sun Lifeâs approximate estimates for the average worker. And nearly half said losing one year’s salary would seriously impact their retirement savings. However, one-third of surveyed full-time workers don’t have long-term disability coverage.Â  And of workers whose employers offered them the chance to purchase voluntary long-term disability, an estimated 60% declined, and most of those have no coverage at all.

Why have many workers failed to connect the dots? We know that many workers who declined to buy group voluntary disability coverage expressed illogical reasoning, which underscores the need for worker education:

We also saw irrational thinking in how workers viewed their chances of experiencing a problem versus the scale of their likely financial risk. When asked to choose only one type of coverage aside from health insurance, 32% favored dental insurance as their must-have coverage, over life, short-term, and long-term disability. The value workers place on dental over disability insurance is striking. When asked to choose between paying and owning either dental or long-term disability insurance, over half of workers favored dental.Â  Favoring dental over long-term disability coverage suggests an education gap: Although forgoing dental insurance might cost a worker roughly $600 during a year in costs, for issues such as a cavity, root canal, or crown, a one-year disability can significantly impact a workerâs entire financial future.

Are American workers prepared for employee benefits' new era of choice and responsibility? Not yet, according to the results of a recent long-term disability survey of over 2,000 U.S. workers...

Such knowledge gaps can lead to complacency and financial disaster: Medical problems cause half of all personal bankruptcies and home foreclosures, according to the American Journal of Medicine and Health Matrix.
With voluntary disability on the rise, workers will demand clearer benefits education to help them make more informed decisions: The group benefits industry can develop the educational campaigns that will allow workers to become well informed benefits consumers.

Educating employers about voluntary benefits represents a unique opportunity to help workers protect themselves and employers offer a more flexible spectrum of benefits.