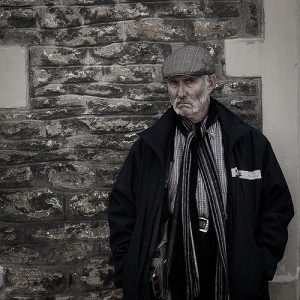 One of the most exciting things about a new business is imagining the possibilities. This was certainly true of the LTC insurance industry when it first began around 25 years ago. The optimism that surrounded the new product’s potential was well-founded. First, there were the impressive demographics, with 78.2 million baby boomers nearing an age when the likelihood of needing care could quickly become reality. Then, there was the cost of care itself, which was out of reach for many and expected to increase. Finally, we knew that LTC insurance provided valuable protection against the financial risk of needing care that was not adequately addressed by existing coverages or by government programs.

As a result, LTC insurance was viewed as a very attractive business by many of the traditional life carriers. They were able to offer comprehensive policies with all the bells and whistles, including lifetime coverage and guaranteed increases, at affordable premiums. This was possible, based on pricing assumptions that seemed reasonable, even conservative, at the time. Unfortunately, emerging experience has revealed lower mortality rates and longer claim durations. In addition, consumers clearly value the coverage, causing lower lapse rates than the original pricing anticipated.

Significant external factors have also come into play. A faltering economy and high unemployment have discouraged potential buyers, stalling sales growth at levels that are half of what they were during their $1 billion peak in 2002. The current low interest rate environment, with its negative impact on pricing, is also a concern since it is expected to continue for the foreseeable future. Consequently, many carriers have reassessed their commitment to this business. In fact, many of the carriers who once offered LTC insurance have exited the marketplace, with no new carriers jumping in to take their place.

The Need for LTC Insurance is Greater Than Ever

However, these developments do not signal the end of the LTC insurance industry. There are challenges to be sure, but the factors that led to the industry’s rise remain compelling. There should be little doubt that private LTC insurance still has a critical role to play. Consider these facts. The baby boomers have started turning 65. Many of them have seen their 401ks deteriorate and their home values decline, leaving them less able to pay out-of-pocket should they ever need care.
And, the costs for that care are significant. According to the 2011 John Hancock Cost of Care Survey, the average annual cost of nursing home care is approximately $85,000 and the average annual cost of care received at home is $20 an hour. If care is needed around the clock, home health care costs can quickly approach or even exceed those for nursing homes. Meeting these expenses could put a real strain on the income and assets of the average consumer.

Government programs are not the answer. Although Medicare and Medicaid do provide some benefits covering the cost of LTC, their requirements are stringent and their options are limited. Both programs are under scrutiny, as politicians try and come to grips with how to reduce the massive federal deficit. And, we all know the fate of the Community Living Assistance Services and Supports (CLASS) Act that was introduced with much fanfare, as a way to ease the burden on Medicaid and help the disabled remain in the community. That program, which spotlighted the importance of taking responsibility for potential LTC needs, was repealed because of future funding concerns.

"... when further probed about the future, a large majority (82%) agreed that it is irresponsible not to plan for the cost of LTC needs."

In making a case for the future of private LTC insurance, it is also heartening to know that consumers are more aware of the issues surrounding LTC and its value. Since 1996, my company has sponsored a periodic consumer survey to gauge consumer awareness of LTC, as well as their views on LTC insurance. The 2011 survey starts with a quiz that assesses basic knowledge, about such things as the cost of care, the lifetime chances of needing such care, and what government programs cover. Just over half (52%) were able to answer a majority of questions correctly, indicating a reasonable level of knowledge. However, a smaller percentage (41%) included LTC needs in their retirement plans, with only 22% having specific plans in place to finance potential LTC.

On the bright side, when further probed about the future, a large majority (82%) agreed that it is irresponsible not to plan for the cost of LTC needs. LTC insurance was cited as the best way to prepare for future LTC needs, by the greatest number of respondents (62%).

A New Approach to Sales

Unfortunately, that positive view has not translated into action. The fact that only 11% of respondents had an LTC policy means that the industry must redouble its efforts to educate consumers on the value of planning ahead for potential LTC needs. But education is not the only action that we should be taking. Fundamental changes are required before we are truly able to meet the needs of potential buyers. According to the same survey, approximately one-third of respondents said they are less likely to purchase because of the economy and 80% indicated that it was not an expense they could afford right now. Simply put, carriers cannot continue to sell LTC insurance the same old way.

For years, the industry emphasized the importance of covering the entire LTC risk, with products featuring guarantees in the form of 5% compound inflation, lifetime benefit periods, and paid-up policies. We know now that it was an unrealistic approach for a product with such a long tail, the result being across-the-board premium increases due to the factors discussed earlier. It also limited the product’s appeal to all but the most affluent buyers.

Going forward, if the LTC industry hopes to expand its customer base, it needs to consider the affordability issue and look at how it can realistically meet the needs of more people. This may be accomplished by assessing how much of the LTC risk consumers are willing to undertake themselves and how much they are willing to cede to the carrier. It may mean selling more modest levels of traditional coverage, but this thinking also opens the door to the next generation of LTC products.

The Next Generation of LTC Insurance Products

It is clear that a one-size-fits-all product is not a sustainable model, if our goal is to widen LTC insurance’s appeal. After all, different markets have different tastes and needs that only a variety of products can meet. The sooner we learn to embrace new concepts, the healthier the LTC insurance industry will be in the long run.

Our direction is clear. New products that are compatible with the low interest environment must be developed. Policies must evolve so that they are attractive to younger individuals who have limited discretionary income and a certain price sensitivity. These consumers may be willing to accept a portion of risk, in the form of a deductible or co-pay arrangement, in exchange for a reasonable premium.

There should also be coverage suitable for those buyers who may be able to fund a LTC event, but who just want a policy that will protect the bulk of their assets from an extended nursing home stay. Coverage that reflects the realistic needs of a broader audience will help LTC insurance move past its recent challenges and realize its true potential.

There is still every reason to be optimistic about the future of LTC insurance. The need for the product is even greater today than it was when the industry began. With the right mix of education and product diversity, the LTC insurance industry will flourish and that’s good news for consumers, as well as those of us who have always believed in the product and the critical protection that it provides.