LIMRA - The State of the Retirement Market Today

What are the implications for our financial security? 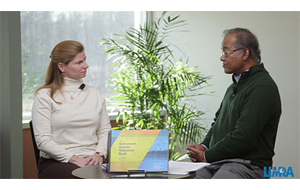 A new episode from the LIMRA video-series Unplugged looks at the changing retirement income market. January 15 2019 — The retirement market is changing and growing.

People are preparing differently, and sometimes retiring sooner than they planned. What are the implications to their financial security?

LIMRA Secure Retirement Institute (LIMRA SRI) research shows there are 50.5 million retirees in the United States and that number will grow 40 percent by 2035. Understanding how this significant influx of retirees will impact the market is critical to being able to capitalize on the nearly $35 trillion in financial assets they hold.

People are also changing the way that they prepare for their golden years. Today, Social Security and pensions make up the primary sources of income for nearly three quarters of retirees. However, less than half of pre-retirees expect to fund their retirement the same way. According to LIMRA SRI research, 6 in 10 retirees are worried about reduced Social Security benefits. Nearly half are concerned about paying for health care costs beyond what Medicare covers.

Add to that the fact that 53 percent of all retirees retired sooner than they planned â often not by choice. The need for formal retirement planning â such as calculating what their assets, income and expenses will be in retirement â is greater with so much uncertainty.

In the latest episode of LIMRA Unplugged, LIMRA Research Director Alison Salka talks with Jafor Iqbal, the assistant vice president, LIMRA SRI, about the evolving trends in retirement market and the implications for advisors and companies.