Life Insurance And The Familial Risk

Younger workers and women are more likely to be worried about life insurance, less likely to understand its financial benefits 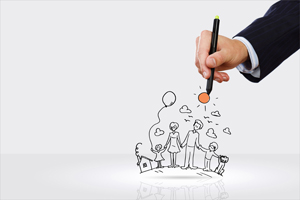 CHATTANOOGA, Tenn. (Sept. 4, 2018) â Employee benefits provider Unum (NYSE: UNM) finds that nearly half (45 percent) of 25-34-year-olds reported feeling stressed or worried when thinking about life insurance, compared to just 29 percent of those 35-49. Women were significantly more anxiety-ridden about life insurance, with 37 percent reporting feeling stressed or worried compared to just 23 percent of men. These results and other key findings were part of an online poll among 1,226 working U.S. adults conducted by Unum in July. This consumer insight coincides with Life Insurance Awareness Month, promoted annually by the nonprofit organization, Life Happens.

Understanding Salary As An Asset

âItâs concerning that such a sizable percentage of the younger demographic who tend to be starting families of their own are leaving their loved ones in such a potentially risky financial situation,â said personal finance expert, Laura Adams. âFor most people, their ability to earn a salary throughout their life is the biggest asset they have, and term life insurance is a relatively inexpensive way to protect that asset until they retire, or their family financial obligations decrease.â

The same study also outlined some key gender differences on important questions about life insurance across all generations.

According to life insurance industry group, LIMRA, nearly half of U.S. households are underinsured, with the average coverage gap of $200,000. Additionally, the group says most households need about five years of income replacement from life insurance and/or savings1.

The most important reason for having a life insurance policy is to financially protect loved ones. If they count on the primary wage-earnerâs income or other financial resources, life insurance helps assure theyâre covered if that individual passes away. It can also cover funeral expenses, pay off debt, pay estate taxes and for things like a childâs education, student loans, or a home mortgage. 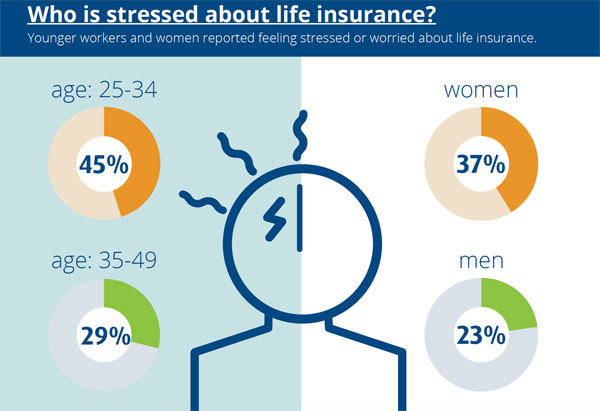 Life insurance LIAM Unum research employee benefits
About Unum
Unum Group (www.unum.com) is a leading provider of financial protection benefits in the United States and the United Kingdom. Its primary businesses are Unum US, Colonial Life, and Unum UK. Unumâs portfolio includes disability, life, accident and critical illness, dental and vision coverage, which help protect millions of working people and their families in the event of an illness or injury. Unum also provides stop-loss coverage to help self-insured employers protect against unanticipated medical costs. The company reported revenues of $11.3 billion in 2017 and provided nearly $7 billion in benefits.