Levy Forecasts Near Zero Fed Funds Rate for Next 5 Years 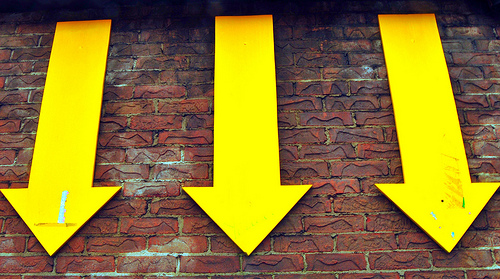 MOUNT KISCO, NY–(Marketwired – Apr 30, 2014) – Economist David Levy, writing in the recently-published April Levy Forecast, said that there was a high probability that short-term interest rates would remain close to zero “through the 2010s.”

“Making the world economy sound enough to support U.S. rate hikes during the next five years, while not impossible, is pretty darn close to it,” said Levy, the chairman of the independent Jerome Levy Forecasting Center (www.levyforecast.com), noting that with each passing quarter, “the global economy will become even less able to withstand rising U.S. interest rates.”

Levy, who — using insights garnered from the macroeconomic framework known as the Profits Perspective — correctly forecast before the last recession that the Fed would cut policy rates to new lows, said “to predict how monetary policy will change over time, it is much more important to know where the economy is going than to know how and what current policymakers think.”
“The key here,” explained Levy,”is that during some extraordinary episodes of financial and economic history, the Profits Perspective can reveal hard constraints on the economy’s behavior, constraints that are difficult or impossible to see from a conventional economic perspective.”

Bonds will be bonds

Levy also forecast that the Fed will have little influence on the yield curve in the next five years; rather, yields will react to economic conditions as they always have. Said Levy, “the conditions that would encourage [the Fed] to do more bond buying or other QE — a major economic or financial setback — will bring bond yields to new lows anyway.”

The Levy Forecast, the nation’s oldest newsletter devoted to economic analysis, warned that the next global recession “has a high probability of beginning between six and 24 months from now, and more likely in the former half of that range than the latter.”

Were that recession to occur, the Levy Forecast suggested that unusual financial problems around the world would make rate hikes “unthinkable” during the recession and highly unlikely in the aftermath. Levy wrote: