Smaller, less diverse players could be materially affected over the long term 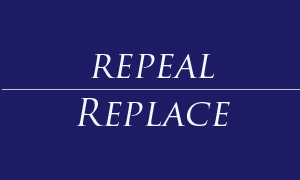 However, smaller, less diverse players could be materially affected over the long term by some proposals, including changes to Medicaid funding.

As such, the fundamental outlook for the health insurance sector is likely to be unchanged should the current form of the AHCA be implemented. That said, in a bill of this scale, unintended and unforeseen consequences are also likely to create some level of uncertainty as to the net effect for health insurers.

The AHCA includes measures to improve underwriting flexibility for insurers by expanding the number of age ratio rating categories to five from three. This means that insurers will be able to charge older policyholders five times higher premiums than for a younger person, up from three times currently. This will allow for greater risk-based pricing differentiation and should be positive for insurers’ profitability by more closely aligning premium rates with medical costs.

What is the net effect of AHCA?

However, greater uncertainty exists as to the net effect of other core elements of the AHCA, especially with respect to the number of individuals who buy health insurance and their risk profile.

Among the most prominent proposals include the elimination of the Affordable Care Act’s (ACA) individual mandate to buy health insurance. Incentives to retain continuous coverage – the AHCA would allow insurers to levy a premium penalty of up to 30% for lapses of coverage in excess of 63 days – could help to mitigate the reduction in insurance demand resulting from the mandate’s elimination.

Ultimately, how the AHCA’s approach to incentivize continuous coverage will compare to the ACA’s in drawing healthier individuals to buy coverage will be difficult to predict. This is important to risk and pricing adequacy, as the AHCA retains the ban on the denial of coverage for pre-existing conditions, which has created an underwriting challenge for insurers and underscored the importance of bringing healthier individuals into health insurance plans.

Consumer tax credits, combined with the expansion of tax-advantaged Health Savings Accounts (HSAs), are another core component of the AHCA. Republicans supporting the AHCA believe that tax credits that include non-exchange policies – individual health plans not purchased from online government healthcare exchanges – will result in more choice in the marketplace, expand pricing options and promote higher enrollment. In turn, Democrats have indicated that the numbers of uninsured will rise and the quality of care will decline. At this stage, Fitch has difficulty determining how the AHCA’s tax credits and expanded HSAs would play out relative to the ACA’s consumer subsidies.

The AHCA also proposes pulling back on Medicaid expansion by transitioning to a block grant funding approach. This could have a negative effect on revenues and profits for insurers who administer Medicaid programs due to potential reductions in the number of individuals participating. For the small number of rated health insurers that derive a significant proportion of their revenues from providing Medicaid products to states, this could become a significant credit and rating risk.