Left To Their Own Devices, Capital Markets Cannot Save The Planet

Despite attracting a wall of money, capital markets are failing to price in climate risks due to policy confusion and a lack of clarity on financial impact

New global survey by KPMG, CREATE-Research and the CAIA Association delves into the role of capital markets in the transition to a low-carbon world. Download the full report here. 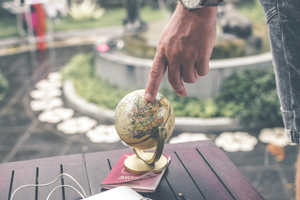 NEW YORK–(BUSINESS WIRE)– Based on interviews with almost 100 leaders from large investment houses and pension plans with $34.5 trillion of assets, the âCan capital markets help save the planet?â survey found that only 14% of respondents believed equities are currently pricing in climate risks. The corresponding figure for alternative investments was 11%, and for bonds, 8%.

Respondents also indicated that progress is more evident in public equities because the stewardship opportunities they offer are now believed to be critical to value creation in the transition to a low-carbon future. Overall, climate pricing is more evident in the energy sector and least evident in capital-intensive projects that have a longer time horizon to commercialization.

âThere is currently no clear line of sight between climate investing and its impacts. Green portfolios have not yet equated to a green planet,â said Anthony Cowell, co-author and Head of Asset Management, KPMG Islands Group.

The key barrier appears to be the inexact nature of climate science and its resulting effect on GDP. No historical record or experience exists of how our economic and financial systems can or will react to these effects. The problem is only compounded by the seeming lack of clarity in policy pathways from governments and regulators that should be incentivising a low-carbon future. Intentions run ahead of actions. The opportunities and risks inherent in climate change have been hard to assess.

âThe invisible hand of markets needs to be matched by the visible boot of governments,â said Amin Rajan, the reportâs co-author and the chief executive of CREATE-Research.

There is currently no clear line of sight between climate investing and its impacts. Green portfolios have not yet equated to a green planet...

As yet, no jurisdiction has an established set of rules that properly integrate environmental and social costs into companiesâ financial reporting, particularly in ways that can assist the price discovery of climate risks. Because of this, market-based incentives and investment in low-carbon technologies are slow to evolve. Progress is also hindered by the lack of uniform carbon price in the current generation of emissions trading systems, which remain at the forefront of tackling climate change.

However, two events are noted as being critical turning points. One is the new green agenda of the key economies, involving, among others, the adoption of clean energy standards, the mandatory reporting of the carbon footprint of listed companies and a revision of the fiduciary rules on the inclusion of environmental, social and governance factors in the portfolios of pension plans; the other is the United Nations COP26 in Glasgow starting on October 31, 2021. âRespondents see this as vital to the carbon-pricing debate, but sustainable action in the home port of the Parties is an essential next step,â said William Kelly, the third co-author of the report and the CEO of CAIA Association.

According to 84% of survey respondents, more coordinated intergovernmental actions are likely following the Glasgow summit, and capital markets are bracing themselves for stronger tailwinds following progress on three key fronts: carbon pricing, innovation in alternative energy and mandatory data reporting.

The report concludes that channelling trillions of dollars of capital toward the technologies needed to power a low-carbon economy requires a huge, concerted effort in policy as well as incentives. Without these, some respondents fear that if the policy inertia of the recent past continues to allow risks to build up in the global financial system, a âMinsky momentâ will take place: a collapse in securitiesâ prices due to sudden panic at some future date.