Learning from Each Other 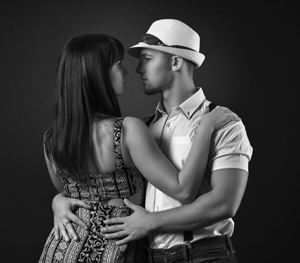 Those who ignore history are doomed to repeat it.

Weâre all familiar with this adage, but following its wisdom has always been easier said than done. Unfortunately, this has been an issue with Americans and their finances for generations, putting many in a precarious situation that could have been avoided had they heeded valuable lessons from the past.

The Greatest Generation, who suffered through the Great Depression, learned hard lessons of frugality from their experience and subsequently had a solid understanding of the value of saving for the future. Their children, however, did not follow suit as baby boomers were famously labeled the âMeâ generation, noted for their free-spending habits and having little regard for long-term planning.

Conventional wisdom dictates that the following generation would recognize the myriad problems created by this lack of financial discipline, but Gen Xers are currently deep in debt and would rather leave their retirement up to chance than get active planning for tomorrow.

Although millennials are currently exhibiting mostly positive financial habits, their future is still very up in the air.
So the pertinent question is â when it comes to finances, can we actually learn from the past? Thankfully, it seems the answer is yes, even if that realization can take a while to develop.

Boomers have seen the Light

According to the recent Generations Ahead Study* from Allianz Life Insurance Company of North America (Allianz LifeÂ®), more than seven in 10 baby boomers (72%) said they feel financially prepared for retirement, an increase of almost 15 percentage points from 2010. In addition, less than one-third of boomers (32%) said uncertainty about their financial future makes it difficult to know when they can stop working, an improvement from 2010 when half (50%) said they were unsure about when they could retire, if ever.

Where does this newfound financial confidence come from? Interestingly, it seems that much of this optimism is derived from the conservative spending/saving philosophy of the Greatest Generation.

Indeed, a new frugality has taken hold with baby boomers that is leading to a stronger sense of financial preparedness and confidence than seen in previous Allianz Life studies. With 64% of boomers noting themselves as âsaversâ rather than âspenders,â and 61% saying they always know exactly how much money is in their accounts, itâs clear that many have embraced the financial habits of their Depression-era parents â so much so that a full quarter of boomers now describe themselves as âpenny pinchers.â

These traits have more boomers thinking seriously about saving for retirement, with nearly two-thirds (65%) saying they see it as a basic necessity like food or housing (versus 58% millennials and 53% Gen X). This new frugal mindset has also contributed positively to their bottom line, with boomers having the highest median amount in retirement savings among all three generations at $175,000, and a full third of boomers saying they have $250,000 or more earmarked for life after work.

Millennials on the Right Track, for Now

Itâs not only the boomers who found financial inspiration from a previous generation. Thereâs evidence that millennials are also looking to the past, and their ability to learn from both positive and negative examples has them on the right track for a successful retirement.

Median retirement savings is currently $35,000 for millennials, the same median amount as Gen Xers, despite millennials being much farther away from retirement. As a result, millennials more closely mirror boomers in feeling prepared for retirement (74% millennials, 72% boomers) and having confidence their income will last a lifetime (76% millennials, 67% boomers) â Â while Gen Xers are clearly feeling more vulnerable (63% and 58%, respectively).

While itâs true that millennials have embraced new savings strategies to boost their retirement readiness â including using online apps to help manage money and/or track spending (70% versus 24% of boomers) or using âtricks,â such as setting up different accounts for different goals, to get themselves to save money (71% versus 32% of boomers) â a desire to avoid repeating their parentâs mistakes is also a significant factor in their early financial success.

In fact, millennialsâ more proactive approach with money management is driven by a belief that their parents made financial mistakes and they can do better. Two-thirds (66%) of millennials say they are âmuch better with moneyâ than their parents were and a similar amount (65%) say they are uncomfortable with debt because they saw they parents struggle with it. The end result: millennials have the most confidence of any generation that theyâll be able to fund their life goals (78% versus 67% boomers and 64% Gen X) with one quarter even feeling âextremely confidentâ theyâll be successful.
For financial professionals, these insights can help solidify the message that itâs never too late â or too early, for that matter â to start retirement planning. With boomers finally embracing frugality and millennials forging a new path by trying to avoid the example set by their parents, itâs clear that we can learn valuable financial lessons from the past.

Whatâs Next for Gen X

If history has taught us anything, itâs that the antidote to anxiety is action â a philosophy that seemed to work for the boomers once they got their act together and started making a conscious effort toward achieving their financial goals

But how does Generation X fit into this story?

In addition to the financial impact, the study found the repercussions of carrying this debt create an emotional burden for Gen X. Half of Gen Xers believe they canât start saving for retirement until they pay off their credit card debt and also say they are more likely to feel embarrassed to tell a financial professional about their debt.

Even worse, despite growing debt and poor money management skills, Gen Xers donât seem too worried about the effect these negatives will have on their future. In fact, compared to three years ago, significantly more Gen Xers believe âeverything will just work outâ when it comes to retirement (increasing from 53% in 2014 to 63% in 2017) and theyâll just âfigure it outâ when they get there (increasing from 46% in 2014 to 53% in 2017).

Although the outlook for Gen X appears grim, there is great opportunity for financial professionals to help this troubled generation make positive changes through highlighting the recent success story of the boomers. After all, it wasnât too long ago that boomersâ undisciplined spending habits and lack of focus had their retirement security in serious jeopardy.

The Value in Taking Action

If history has taught us anything, itâs that the antidote to anxiety is action â a philosophy that seemed to work for the boomers once they got their act together and started making a conscious effort toward achieving their financial goals. By using baby boomers as evidence, financial professionals can help Gen Xers understand that itâs never too late to get started with financial planning and that any activity, no matter how small, can be a positive first step to get them back on track.

Financial professionals can also use generational examples to help millennials stay on the right path because their future retirement success is by no means a foregone conclusion. Despite the strong positive attitudes millennials have on being prepared for retirement, they also exhibit some worrying behaviors. While boomers are proud of their newfound saver status, millennials like to spend, with the majority (63%) claiming to be âspendersâ and nearly one in five (17%) admitting they spend money âas soon as I get itâ (versus only 6% of boomers). Half of all millennials also say they spend more on going out than they do on rent or mortgage (versus 16% of boomers).

Millennials are at a precipice and need to decide whether they keep on their mostly positive saving/spending path in order to mimic recent behavior from the boomers, or fall into additional bad habits and follow Gen X into more debt and uncertainty. Financial professionals can help them make the right decision by highlighting the successes and failures of each generation, providing clear examples of what has worked most effectively in the past.

Another advantage of financial professionals having perspective on inter-generational finance is the ability for them to use those insights to make connections with their clients on a deeper level. For example, when dealing with boomer clients, it may be beneficial to determine if they have Gen X children who, like those highlighted in the Generations Ahead study, are deep in debt and without a financial plan. Those family members could be creating a significant financial hardship on their boomer parents, which should be addressed as part of the planning discussion â but financial professionals can also discuss solutions that can help get those Gen Xers out of debt and on the path to a better financial future.

Or maybe Gen X clients have millennial children that are falling into too many of the bad spending habits that are keeping some of their generation behind. Financial professionals can offer additional value by providing guidance on how Gen X parents can encourage their millennial kids to make better financial choices, thereby easing some of the burden that might come their way in the future.

Whether taking lessons from the past or forging a new path, the key for each generation is to recognize that a solid retirement plan doesnât happen by chance, but rather with a clear process and defined action. Although generations share similar hopes and fears for the future, the fact that they all approach retirement in different ways is testament to the need for more tailored planning that can address both the positives and negatives inherent in each group. â

*The Allianz Generations Ahead Study was conducted by Larson Research + Strategy via online survey in May, 2017 with 3,006 U.S. adults ages 20-70 with a minimum household income of $30K+ and was commissioned by Allianz Life.