Leading in Crisis: The Four Traps of Decision Making 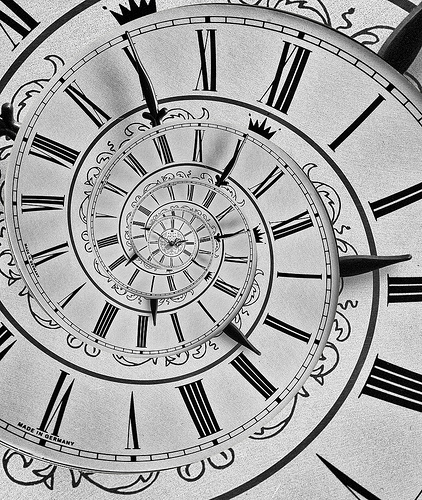 Mr. Canton, CEM is a consultant specializing in preparing managers to lead better in crisis by understanding the human factors often overlooked in crisis planning. A popular speaker and lecturer, he is the author of the best-selling Emergency Management: Concepts and Strategies for Effective Programs. Connect with him by email:Â  email Info@luciencanton.com. or visit www.luciencanton.com

During the second dayâs fighting at Gettysburg on July 2, 1863, Colonel Strong Vincent, a brigade commander in the Army of the Potomac, learned from a passing courier that the Union left flank was undefended and that the Confederates were advancing on Little Round Top. Seizing this position would allow the Confederates to fire on the entire Union line and force the retreat of Union forces, opening the road to Washington.

Recognizing the tactical significance of the position, Vincent, without waiting for orders, moved his brigade into a blocking position. What followed was one of the most dramatic and pivotal engagements of the war, one that decided the battle of Gettysburg and most probably the war itself. Though Vincent fell in the battle, his ability to recognize the crisis, to make critical decisions under pressure, and to deploy his resources inspired his brigade to hold the vital position on the Little Round Top.

Leadership in crisis is ultimately about decision making. Other critical steps, such as recognizing and isolating the crisis prepare you to make decisions, while the deployment of resources are based on the decisions made by the leader. The pivotal point in any crisis is the making of the decision about how one will deal with the crisis. Unfortunately, without recognizing the four traps of decision making, it is too easy to make the wrong decision.

One of the major problems in leading in a crisis is the psychological tendency to do nothing. There is a tendency to normalize events â to see what we expect to see. It is easy to miss cues or indicators. If there are no consequences for doing, there is no need to make a decision. Unfortunately, this is the default mode for many decision makers.

Assuming that there are consequences for inaction, the next consideration is whether there is a risk in taking action. If there is no perceived risk in taking a specific action, there is really no need to make a decision or to consider alternative courses of action.

When available courses of action all carry risks, the tendency is to search for a better solution. The trap here is that it if there is a perception that no low risk solutions are available, the decision maker may become fatalistic or apathetic, exhibit behaviors such as ignoring or selective interpreting information, or attempt to pass the responsibility for decision making to someone else.

Trap #4: Running out the clock

The pivotal point in any crisis is the making of the decision about how one will deal with the crisis. Unfortunately, without recognizing the four traps of decision making, it is too easy to make the wrong decision

Hesitation is not uncommon among decision makers in a crisis. Information is incomplete or contradictory and there is usually little time to wait for better solutions. This is the fourth trap of decision making: continuing to seek for solutions rather than deciding on the best available alternative, even if it carries considerable risk. Under heavy time constraints, this can even led to panic and bad decision making.

So how does one avoid the four traps of decision making in a crisis? The first step is recognizing that these four traps exist and understanding that they are heavily influenced by time and the availability of good information. Failing to see the risks of inaction or accepting low-risk actions are both linked to a failure to recognize that a crisis is occurring and to put it into the context of the potential impact on your organization. This in turn is usually the result of failing to take the time to gather and assess information related to the crisis. Consider, for example, the classic case study on supply chain management involving Nokia and Ericsson in 2000. The crisis was precipitated by a fire in the clean room of the manufacturer of the chips used in each companyâs phones. Nokia recognized and reacted to the potential crisis; Ericsson did not. The resulting losses cost Ericsson millions in lost revenue and market share and put the company into a financial crisis that lasted almost five years.

Understanding the nature of the crisis can also help avoid the bad decisions caused when considering high-risk alternatives. Knowing how much time you have to make a decision and the potential availability of alternative actions are precious commodities in a crisis. Time allows you to weigh risks versus alternatives or consult with advisors and subject matter experts. Knowing you have limited time can help you to focus on what you know and bring clarity of thought. In the case of Strong Vincent at Gettysburg, the knowledge that he had only a short time in which to act caused his decision to move without orders, an action that could have cost him his career if he failed. However, the risks of inaction far exceeded the risks of the alternative he chose.

It is easy to avoid decisions in a crisis. The four traps are always there waiting for the unwary and they all lead to the same place: failure due to non-existent or poor decision making. The hardest part of managing in crisis is having the willingness to accept responsibility for decisions made with limited information in too short a time and the courage to follow through on those decisions without second-guessing yourself. Itâs what makes a leader truly effective in a crisis.