Large Employers Continue to Have Concerns About Private Health Exchanges

Savings are there, but are they a viable alternative? 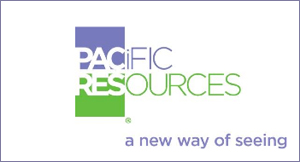 CHICAGO, IL, June 3, 2015 – According to a national survey of mostly Fortune 1000-ranked companies, cost savings and administrative ease are the top reasons to consider moving to a private health insurance exchange, yet large employers still lack confidence in exchanges as a viable method for providing healthcare benefits.

The survey also shows that transparency and independent advice are important to the decision-making process. The survey – conducted by Pacific Resources, with question design assistance provided by Milliman – is the second annual survey focused on capturing the current perspective on private exchanges from some of the largest employers in the United States.

Large employers indicated that they have a better understanding of what’s entailed in moving active employees and retirees to a private exchange,” said Paul Rogers, President and COO, Pacific Resources. “What’s interesting is the survey shows that this knowledge is not hastening the large employer’s move to an exchange.”

1. Confidence in exchanges is shifting and polarized
Confidence in exchanges as a viable alternative to current methods of providing health coverage to active employees is shifting and becoming increasingly polarized. The percentage of large employers who lack confidence increased more than ten percentage points, from 33.9 percent in 2014 to 44.2 percent this year, while those who indicated that they were “very” confident rose 7.8 percentage points to 13.5 percent from 5.7 percent a year ago. Consistent with the 2014 survey results, nearly all the large employers surveyed have at least a basic knowledge of how exchanges work and understand the opportunities, challenges and decisions required to move to a private exchange (96 percent in 2015 vs. 91 percent in 2014). The percentage of respondents who have no current plans to evaluate private exchanges for active employees has not fluctuated much since last year (38.9 percent in 2015 versus 37 percent in 2014). However, the percentage of respondents who have already conducted an evaluation of private exchanges and made the decision not to move forward with replacing their medical benefits plans with an exchange rose to 20 percent in 2015 from 13 percent a year ago. When asked to describe their company’s level of interest in private insurance exchanges for active employees, one respondent stated, “We are not actively pursuing, but keeping close to this evolution and what is available. Our Executive Committee interest is more long-term rather than short-term (next 2 years or so) at the moment.” The story is slightly different for retirees, with nearly 15 percent of respondents indicating that they have an exchange solution currently in place for retirees. Twenty-four percent have either begun or are interested in evaluating private exchanges as a potential benefits strategy for retirees.

2. Cost is still the driving factor for considering a move to an exchange; administrative ease is above employee choice.
The cost savings opportunity is still the most important factor in determining whether a large employer would consider moving to a private exchange. In 2014, 85 percent of respondents identified cost savings as most important; that number dipped slightly in 2015, with 81 percent indicating that reducing company costs is the number one factor. This year administrative ease was the second most cited factor for moving to an exchange, with 50 percent of large employers choosing that reason. Only 40 percent of respondents listed “giving employees more choice” as a top reason for moving to an exchange, down from 66 percent in 2014.

4. There is an increased need for transparency around revenue sources for the exchanges as well as independent advice.
n a question that was new to the survey this year, respondents were asked how they would assess their understanding of revenue sources of exchanges, as well as the expected revenue level required to administer an exchange for their company. Less than ten percent (9.8 percent) indicated that they have a complete understanding and that vendors had provided a thorough description of all the fees and commissions that would be generated by the company’s participation in an exchange and the level of revenue needed to administer the exchange.

Close to 40 percent (37.3 percent) responded that vendors have provided only limited information about all of the fees and commissions that would be generated through the company’s participation in an exchange and the level of revenue needed to administer the exchange; and nearly another 40 percent (39.2 percent) said that there has been little to no discussion about fees and commissions earned by the vendor in discussions with exchange providers.

Additionally, independent advice is becoming more important when evaluating private exchange vendors. Thirty-five percent of large employers responded that they would engage a consultant that does not sponsor an exchange to evaluate the exchange vendors; this is up from 25 percent last year.

Only 16.6 percent indicated that they would engage their existing consultant even if that consultant sponsored a private exchange (up from 13 percent in 2014). The survey was conducted online February through April, 2015. Respondents were senior human resource or benefits executives with decision-making authority within their organizations. The companies surveyed represent more than one million employees and 2.75 million covered members.

About the Survey Sponsors Pacific Resources Pacific Resources, a part of the Brown & Brown family of insurance brokerage and related services companies, is a leading independent employee benefits advisory firm that works with Fortune-ranked and other large companies. For four decades, Pacific Resources’ evidence-based insights have shaped innovative employee benefit solutions, helping companies get the most value from their benefit plans, and positively impacting the lives of millions of employees and their families. www.pacresbenefits.com

Milliman
Milliman is among the world's largest providers of actuarial and related products and services. Founded in 1947, Milliman is an independent firm with offices in major cities around the globe. The firm has consulting practices in healthcare, property & casualty insurance, life insurance and financial services, and employee benefits. http://us.milliman.com/