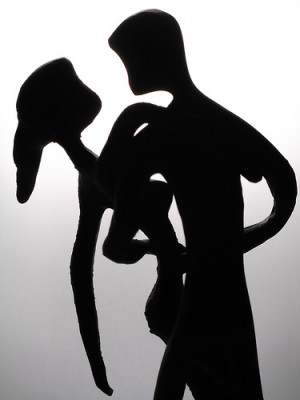 NEW YORK, March 14, 2017 â New research from TIAA finds that 28 percent of Americans who donât own an individual retirement account (IRA) say they donât know enough about them to invest in one.

Another 17 percent indicate that IRAs are too complicated, according to the 2017 TIAA IRA Survey.

But with 91 percent of current IRA contributors reporting that they are confident about their retirement savings â compared to 64 percent of those not contributing to an IRA â that lack of understanding may lead many Americans to miss out on a valuable tool that can help them feel more secure in their retirement preparations.

âWith so many competing financial priorities, itâs not surprising to find that Americans focus on their current needs,â said Kathie Andrade, chief executive officer of TIAAâs Retail Financial Services business. âBut by learning about the tax benefits of contributing to an IRA, they may find they can take the sting out of saving for their long-term goals.â

Another factor stopping the people who donât use IRAs: 46 percent of those surveyed donât think they have enough money to save any more than they currently do. Itâs OK to start small: Of those who do have an IRA, nearly one-fifth contribute less than $250 each year.

But those who have the resources to save more may be making other choices worth reconsidering as they plan for the future. While a majority of IRA owners contribute more than $1,000 a year, only 5 percent contribute more than $5,000 a year to IRAsâwhich have an annual contribution limit of $5,500âcompared to 8 percent who spend that same amount on vacations.

People who do have IRAs listed three factors as the biggest help getting started:

Women especially value a personal relationship, with nearly half saying support from an advisor helped them start saving with an IRA.

Many Americans could use more information about the potential tax benefits that come with IRAs, as 44 percent of those surveyed say they donât know about those benefits or donât understand them. While seven in 10 Americans say they are aware of these potential tax benefits, only 54 percent say they actually understand them. Learning more about these benefits could drive more to open an IRA: More than two in five of those who have no IRA, and also donât know about the tax advantages, say theyâd be more likely to consider one after learning about them. (Contributions to traditional IRAs may be tax deductible, and account owners donât pay tax on any earnings until they make withdrawals. Thereâs more information here.)

People who do have IRAs arenât necessarily using them efficiently. Nearly four in 10 of those with an IRA (37 percent) have more than one. Just over half (53 percent) said that they hold IRAs at different financial institutions to balance risk.

Gen Y may have the most to learn when it comes to the benefits of IRAs. They are more likely than older generations to say they donât know enough about them: 37 percent compared to 27 percent of Gen X respondents and 17 percent of baby boomers.

With so many competing financial priorities, itâs not surprising to find that Americans focus on their current needs...

Only 43 percent of Gen Y respondents are aware of the potential tax benefits and how they work. The good news: 50 percent say they are more likely to contribute to an IRA after hearing about the benefits, including a potential tax deduction. Advice from trusted friends and family may help as well: Nearly one-third say it is a key consideration when choosing an IRA provider, compared to 24 percent of all Americans.

âOur younger customers have a long way until retirement, and thatâs exactly why they may benefit the most from an IRA. However, weâve heard that some of them are nervous about âlocking upâ their money in retirement savings when other life milestones are on the horizon. Thatâs why we remind them that an IRA can actually provide more options, not less. It can help pay for things like a first-home purchase or higher education. That peace of mind often helps younger adults make the decision to contribute,â Andrade said.

Americans using IRAs appear to be putting thought into their future strategy for withdrawals, with two-thirds of IRA holders planning to use them along with other retirement vehicles. Half are planning to use an IRA as a final source of income once their taxable accounts are exhausted, for example.

But one-third of Americans have left a retirement plan behind at a past job â and that makes it harder to keep track of savings and watch them grow. Forty-three percent of Gen Xers have left behind a plan, along with 35 percent of Gen Y and 23 percent of boomers.

While 30 percent say they did not roll over a former employerâs retirement plan into an IRA because they were satisfied with that plan, even more cite reasons showing a lack of awareness and understanding:

âMany Americans think IRA rollovers are complicated or out of reach. But the industry has made great progress in streamlining the process,â Andrade said. âMost people can get a rollover started in the time it takes to make coffee. Iâd encourage people who have multiple accounts at past jobs to consider whether consolidating is right for them.â

About TIAA
TIAA (TIAA.org) is a unique financial partner. With an award-winning1 track record for consistent investment performance, TIAA is the leading provider of financial services in the academic, research, medical, cultural and government fields. TIAA has $907 billion in assets under management2 (as of 12/31/2016) and offers a wide range of financial solutions, including investing, banking, advice and education, and retirement services.

The survey was conducted by KRC Research by phone among a national random sample of 1,007 adults, age 18 years and older, from January 26 to January 29, 2017, using a combination of landline and cell phone interviews. The margin of error for the entire sample is plus or minus 3.1 percentage points.