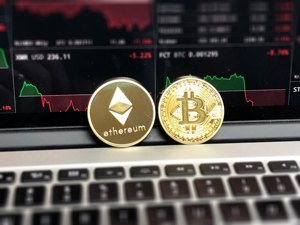 PALM BEACH GARDENS, Fla., Jan. 24, 2018 /PRNewswire/ — Weiss Ratings, the nation’s leading independent rating agency of financial institutions, has released today the nation’s first-ever grades on cryptocurrencies by a financial rating agency, despite a massive Korean cyberattack on its website. Weiss gives Bitcoin a C+ (meaning “fair”) and Ethereum a B (“good”). None of the cryptocurrencies covered currently get a grade of A (“excellent”).

Weiss Ratings staff was up all night last night fending off denial of service attacks from Korea, as evidenced by numerous mentions on Korean social media of a concerted call to bring down the Weiss Ratings website.

“Earlier commentary on social media expressed considerable fear we were about to release negative ratings on their preferred currencies,” said Weiss Ratings founder Martin D. Weiss, Ph.D. “So this may be an attempt to thwart our release today.”

A surge in friendly visitors

Separately, Weiss experienced a surge in friendly visitors to the site. “Since our customers are almost entirely in the U.S., we rarely get more than small amounts of traffic from Asia. But last night, we had more than 100,000 unique visitors in a matter of hours, almost entirely from Asia, until early this morning, when more of the traffic rolled over to Europe. To handle the volume, our staff instantly expanded its server capacity on the cloud many times over,” Weiss said.

What makes Weiss’ entry into cryptocurrency ratings significant is its history of independence and accuracy in other investment sectors, as noted by the U.S. Government Accountability Office (GAO), Barron’s, The Wall Street Journal, and The New York Times, among others.

“Despite extreme price volatility, cryptocurrencies have a bright future and the potential to deliver unusually large profits to investors,” said Weiss Ratings founder Martin D. Weiss, Ph.D. “However, the market is hectic and confusing for investors. They need the clarity that only robust, impartial ratings can provide.”

The Weiss Cryptocurrency Ratings evaluate price risk, reward potential, blockchain technology, adoption, security, and other factors. “Due to rapid changes in the data,” explains Weiss, “upgrades and downgrades are more frequent than in other sectors we cover.”

Below is a sampling of Weiss Cryptocurrency Ratings, selected randomly to illustrate a variety of strengths and weaknesses:

“All else being equal, as a cryptocurrency overcomes its individual challenges, it’s likely to be upgraded promptly,” Weiss adds.

Despite extreme price volatility, cryptocurrencies have a bright future and the potential to deliver unusually large profits to investors

Weiss Ratings, which began in 1971, rates 55,000 institutions and investments. Unlike Standard & Poor’s, Moody’s, Fitch and A.M. Best, Weiss never accepts compensation of any kind from the entities it rates. Contact Joy Howell, 202-302-5932 for more information or to arrange an interview.

To learn more about the Weiss Cryptocurrency Ratings, visit www.weisscryptocurrencyratings.com. This site was established as a back-up and will be reachable until hackers discover it. Plus, those still having difficulty reaching Weiss Ratings websites can email crypto@weissinc.com.

About Weiss Ratings: Barron’s called Weiss Ratings “the leader in identifying vulnerable companies.” The profit performance of Weiss Stock Ratings was ranked #1, as reported in The Wall Street Journal, ahead of all major rating agencies and research companies covered, including Goldman Sachs, Morgan Stanley, Merrill Lynch and Standard and Poor’s. The U.S. Government Accountability Office (GAO) reported that Weiss Ratings of U.S. life and health insurers greatly outperformed those of Moody’s, Standard & Poor’s and A.M. Best. More information on Weiss Crypto Currency Ratings can be found at www.weisscryptocurrencyratings.com.