View from the Great White North

The Kids Are (Mostly) Alright 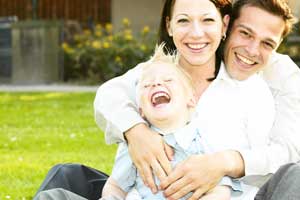 TORONTO, ONTARIO–(Marketwired – May 16, 2014) – While baby boomers prospered financially in the past 30 years, their kids – despite being saddled with more debt and costlier homes – are set to start their careers and family life on firmer footing, according to a new report from BMO Economics released today.

“There is a popular notion that Millennials will become the first generation to do worse than their parents economically,” said Sal Guatieri, Senior Economist, BMO Capital Markets. “However, apart from taking on bigger loans to buy pricier homes, young Canadians today enjoy better job prospects, earn more and are wealthier than in the 1980s.”

The report analyzed a number of economic factors to compare Millennials — those born between 1981 and 2001 — to the baby boomer generation.

“Having 2 per cent more buying power doesn’t sound like much, but the difference adds up over time,” noted Mr. Guatieri. “One caveat is that median income was higher in the 1970s, before the 1980s’ recession took a severe toll on workers, so the starting point for our comparison matters.”

Wealth: Young families are wealthier than their parents were three decades ago

Debt: Though wealthier, debt levels are higher for young families

“While young families today have an opportunity to capitalize on favourable financial and economic circumstances, the way in which they manage their higher debt loads will be essential to securing long term financial stability,” said Martin Nel, Vice President of Personal Banking Products, BMO Bank of Montreal. “And with interest rates set to rise in the near future, a comprehensive financial plan designed to reduce debt as quickly as possible can help them achieve this.”

Housing: Millennials need to pay more to get their foot in the door

The full report is available upon request.