How to Keep Your Employees Satisfied...

Start with a Strong Retirement Plan 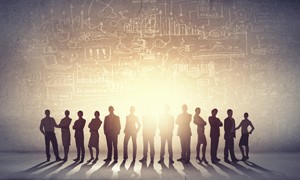 In turn, these employees are half as likely to leave their current position as workers identified as ârestless.â

The four categories are:

Researchers found virtually all satisfied workers (99%) felt workplace benefits were critical to their financial security and they were nearly twice as likely to feel their retirement benefits were adequate, compared to the other worker segments. They were also more likely to participate in their employer-sponsored DC plan and have an employer match. 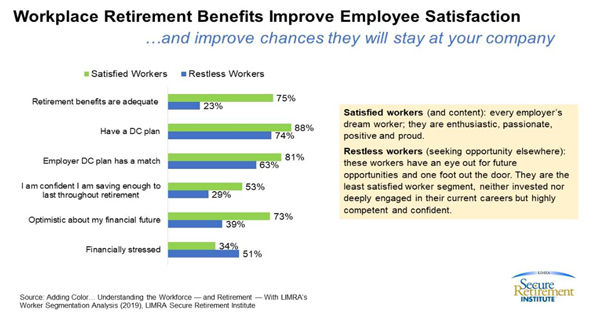 In many cases, workers in the resigned category could be converted to become satisfied employees if employers helped them address some of their financial challenges and stress. Fewer than 10% of resigned workers felt they were very knowledgeable about investment products and services and three-quarters of them are concerned about meeting their financial obligations. Deploying a financial wellness program and leveraging and promoting the financial educational tools and resources from their plan providers could help these workers alleviate some of the stress and dissatisfaction that have undermined their enthusiasm for their positions and the company.

More findings from the study can be viewed here: Understanding the Workforce: The 4 Personality Segments to Consider for Retirement Benefits Strategies.