Peering Through The Glass Ceiling

Just In: Business is Booming on Venus 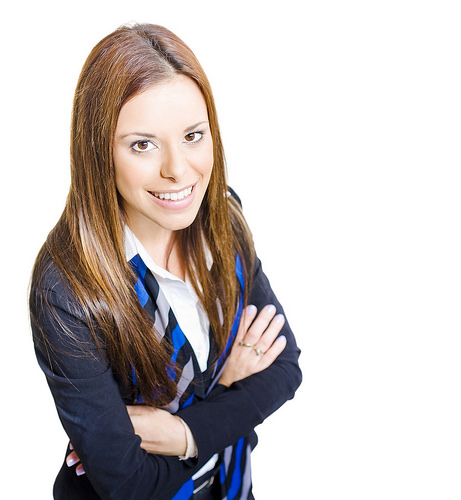 August 05, 2016 —Â CHARLOTTE, N.C.–(BUSINESS WIRE)–Women small business owners are feeling more optimistic about annual revenue and growth expectations than their male counterparts, according to the inaugural Bank of America Women Business Owner Spotlight, a study based on a survey of 1,000 small business owners across the country, focusing on the aspirations and pain points of women business owners.

According to the study, 54 percent of women entrepreneurs expect their revenue to increase over the next 12 months, compared to 48 percent of male small business owners.

In addition, 60 percent of women business owners expect to grow their business over the next five years (vs. 52 percent of men).

The two main sources of funding used by women entrepreneurs as they grow include their business credit card (28 percent) and bank funding (23 percent).

Steady as she goes…

âFemale entrepreneurs are excited about the future and focused on the success of their small businesses. They are demonstrating much greater levels of optimism than their male counterparts,â said Sharon Miller, managing director, head of Small Business, Bank of America. âHowever, women small business owners do express concerns about certain areas, which they are taking into account as they continue to grow.â

Women small business owners say glass ceiling exists, but split on whether it limits their opportunities

When it comes to hiring or managing staff, 79 percent of female entrepreneurs say they experience the same challenges compared to men, with an additional 8 percent saying they experience fewer challenges than their male counterparts.

Women small business owners say glass ceiling exists, but split on whether it limits their opportunities

Bank of America
Bank of America is one of the world’s leading financial institutions, serving individual consumers, small and middle-market businesses and large corporations with a full range of banking, investing, asset management and other financial and risk management products and services. The company provides unmatched convenience in the United States, serving approximately 47 million consumer and small business relationships with approximately 4,700 retail financial centers, approximately 16,000 ATMs, and award-winning online banking with approximately 33 million active accounts and more than 20 million mobile active users. Bank of America is a global leader in wealth management, corporate and investment banking and trading across a broad range of asset classes, serving corporations, governments, institutions and individuals around the world. Bank of America offers industry-leading support to approximately 3 million small business owners through a suite of innovative, easy-to-use online products and services. The company serves clients through operations in all 50 states, the District of Columbia, the U.S. Virgin Islands, Puerto Rico and more than 35 countries. Bank of America Corporation stock (NYSE: BAC) is listed on the New York Stock Exchange.