Just 12% Expect to Die in Debt 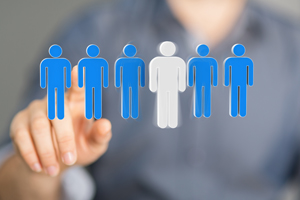 The improvement was relatively consistent across age groups:

CreditCards.com has conducted this survey. In December 2014, just 14% said they were debt-free. This refers to all types of debt: credit cards, car loans, student loans, mortgages, etc.

The election of Donald Trump to the presidency may have brightened the financial outlook of indebted Republicans and independents more so than Democrats. Only 12% of Republicans and 11% of independents surveyed say they will never get out of debt â down from 25% and 21% in late 2015, respectively. Meanwhile, the portion of Democrats who say they will die in debt fell from 14% in late 2015 to 10% now.

Most debtors say they would be responsible with the extra money if their debt was magically erased today. 72% would put the windfall toward some sort of savings, led by retirement (32%) and followed by emergency expenses (15%), a new home (14%) and a college fund (12%). Just 6% would splurge on a vacation or other big-ticket item.

The allure of keeping up with the Joneses seems to be fading: Only 9% of U.S. adults report more debt than their closest friends and family. 48% say they have less debt and 37% believe they have about the same amount.

“While it’s good to see Americans feeling better about their debt, I’m worried that some people are getting carried away,” said Matt Schulz, CreditCards.com’s senior industry analyst. “For example, credit card debt has been rising steadily for more than five years and is close to $1 trillion, according to the Federal Reserve. It seems like a lot of people are forgetting the painful lessons of the Great Recession.”

The survey was conducted by Princeton Survey Research Associates International. PSRAI obtained telephone interviews with a nationally representative sample of 1,000 adults living in the continental United States. Interviews were conducted by landline (500) and cell phone (500, including 305 without a landline phone) in English and Spanish by Princeton Data Source from December 8-11, 2016. Statistical results are weighted to correct known demographic discrepancies. The margin of sampling error for the complete set of weighted data is plus or minus 3.7 percentage points.