A recent press release from the law offices of David W. Klasing, experienced crypto-currency tax attorneys, underlines the need for investors in digital currencies to understand and comply with the tax liabilities involved with this new phenomenon. Visit here for more information. 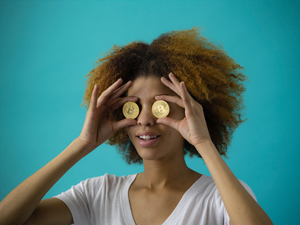 IRVINE, Calif., Jan. 17, 2023 /PRNewswire/ — According to a 2021 Department of Justice press release, a federal court in Massachusetts authorized the service of a John Doe summons against Circle, a crypto-finance company, targeting taxpayers who have transacted using virtual currency. This development is another victory for the IRS in their effort to ensure those using bitcoin and other cryptocurrencies are properly reporting their transactions for tax purposes.

If you have been paid in cryptocurrency, sold or exchanged cryptocurrency or used virtual currency to pay for goods or services, but have not reported such transactions for tax purposes, you should consult an experienced cryptocurrency tax attorney to better understand your reporting obligations and to identify any potential exposures that should be addressed. As long as you are willing to knock on the government’s door before they knock on yours, you should be able to avoid criminal tax prosecution and an audit, eggshell audit, reverse egg shell audit or criminal tax investigation.

It should be noted that as long as a taxpayer that has willfully committed tax crimes (potentially including non-reporting of taxable cryptocurrency transactions) coupled with affirmative evasion of U.S. income tax on domestic or offshore income) self-reports the tax fraud (including a pattern of non-filed returns) through a domestic or offshore voluntary disclosure before the IRS has started an audit or criminal tax investigation / prosecution, the taxpayer can ordinarily be successfully brought back into tax compliance and receive a nearly guaranteed pass on criminal tax prosecution and simultaneously often receive a break on the civil penalties that would otherwise apply.

IRS Will Receive Names of Taxpayers Who Transact in Cryptocurrency

To better understand the significance of this news, it is important to understand what a John Doe summons is. Generally, prosecutors ask for evidence to be turned over when they can articulate, with specificity, the target of the request and what documents or other evidence is required. When a specific individual cannot be named because the prosecutors do not know the identity of a particular individual, a John Doe summons can be requested. In such situations, the John Doe summons describes a type of person or a type of activity that could be criminal in nature and requires an individual or company to turn over documents that could lead to the identification of such person. Because the IRS does not have clear insight into who is conducting transactions with cryptocurrency, they rely on John Doe summons to obtain such identities and other information that can be used in a criminal prosecution.

As long as you are willing to knock on the governmentâs door before they knock on yours, you should be able to avoid criminal tax prosecution and an audit, eggshell audit, reverse egg shell audit or criminal tax investigation...

In IRS Notice 2014-21, the Service took the position that virtual currency is not currency, but property. Thus, tax rules pertaining to the purchase, sale, and exchange of property apply to transactions involving virtual currency. The challenge in enforcing such rules is the lack of information. Many owners of virtual currency transact through digital wallets, which are maintained by the taxpayer directly or by a digital currency exchange, like Coinbase. To determine whether taxpayers have engaged in transactions that arise in a taxable event, the IRS has urged courts to allow for access to the records of companies working in the virtual currency space, like Coinbase and Circle.

The ruling that this article is focused on demands information from Circle Internet Financial, Inc. for its customers who have conducted at least $20,000 worth of transactions using cryptocurrency for tax years 2016 through 2020. This demand, now approved by a federal court, could require Circle to provide potentially incriminating information and identities to the IRS and Department of Justice. Such evidence could subsequently be used in a criminal prosecution against taxpayers who have engaged in cryptocurrency transactions and failed to report such transaction(s) as a part of their tax return.

For those investors who have dealt in cryptocurrency in the past and have failed to consider the implication of such transactions for tax compliance, there is a potential civil and criminal tax exposure looming. Working with an experienced cryptocurrency tax attorney, you can identify your specific points of exposure and develop a plan to come into compliance. As the IRS continues to move to identify those transacting with cryptocurrency, the ability to get right with the government will become more and more restricted.