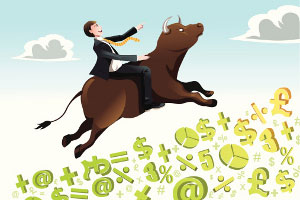 Markets experienced heightened volatility this week, with the S&P 500 rising 0.49% and Dow dropping 0.48%. Meanwhile, the NASDAQ rose 1.62%, as international markets took a small dip, with the MSCI EAFE losing 1.10%.[1,2]
The markets’ highs and lows came from a variety of economic and geopolitical developments. The U.S. jobs report posted solid gains while international trade concerns continued to cause some unease. In this market update, we’ll break down the major stories to help you understand what moved markets.

Outstanding non-farm payroll employment numbers rolled in on Friday, and the data supports a strong U.S. economy. Here is a snapshot of some key numbers:[3]

Unemployment dropped to 3.8% – its lowest recording in 18 years.

Taken together, the data gives investors and analysts a positive outlook. With more people working, consumption could rise, which could increase demand on production and keep people employed. Some analysts believe that this cycle should continue, barring any unforeseen disruptions. Meanwhile, the solid data helped ease market tensions and keep the U.S. dollar up, despite concerns of a potential global trade war.[4]

On Tuesday, President Trump said the U.S. would implement a 25% tax on $50 billion worth of products from China, including high-tech investments. This decision seemed to surprise China, as rumors of a trade war had recently calmed.[5] U.S. and Chinese officials were unable to resolve their dispute over tariffs on Sunday, June 3.[6]

The Trump administration also announced tariffs on metals from Canada, Mexico, and the European Union – all U.S. allies. In an attempt to reduce our trade deficit, Trump placed a 25% tax on steel and a 10% tax on aluminum. International leaders reacted quickly to the news, claiming they may strike back on U.S. goods like orange juice, motorcycles, bourbon, apples, and other products.[7]

Next week, we will focus on Tuesday’s job openings and Wednesday’s international trade reports. Other indicators like jobless claims and factory orders will help balance out a relatively quiet week for economic data.[8] In addition, we will continue to track developments on trade negotiations and the potential summit between President Trump and North Korean leader Kim Jong-un.[9]

With more people working, consumption could rise, which could increase demand on production and keep people employed

If you have questions about how any of this information may affect you, please contact us. We are happy to help you.