Jobs The Best (and Worst) States for Millennials 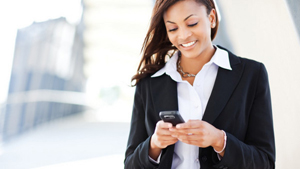 June 7, 2016 (Foster City, CA) – Based on Moneyratesâ analysis, North Dakota found itself topping of this yearâs ranking of the best state for millennials, with Washington claiming the title of worst state.

Besides having the lowest unemployment rate for the 20 â 24 age group, North Dakota earned a perfect score for access to high-speed broadband, and was in the top ten for rental affordability and rather surprisingly, the concentration of night spots.

Perhaps because of all the factors in its favor, North Dakota has one of the highest proportions of young adults in its population. The 20 to 24 age group represents 10.49 percent of the stateâs population â the third highest in the nation.

The rankings seem to go against popular perceptions. There may not be anything glamorous about places like the Dakotas or Nebraska, but Richard Barrington, Senior Financial Analyst for MoneyRates, urges young adults not to overlook the importance of economic factors.

âThereâs nothing very glamorous about being unemployed, no matter where you live,â he advises. âUnfortunately, the places young people are often attracted to tend to be the very places where competition for jobs can make it tough to find decent work, while competition for places to live can make rents very expensive, if you can even find an apartment.â

The worst state for millennials, Washington, scored below average on seven of the eight criteria for this study. Its downfalls include being the fourth-worst unemployment rate for young adults (14.2 percent) and the seventh-lowest rate of rental availability (4.9 percent), compared with 7.8 percent for the average state.

Unfortunately, the places young people are often attracted to tend to be the very places where competition for jobs can make it tough to find decent work

âYoung people have the flexibility to move, and they should use this to their economic advantage. Go where the jobs are, and even if it does not turn out to be your long-term home, getting some work experience and building up some savings will give you a lot more options when it comes time to decide where you want to settle down.â

Barrington encourages young people to consider relocating if they are having a hard time financially where they are now, and to use this study as a guide to where they might find the most â and least â welcoming conditions.

Unemployment is double the national average for Millennials

Millennials face an incredibly tough job market â unemployment for their age group is double the national average. Even their enviable mobility may not help: two-thirds of U.S. states have double-digit unemployment rates for Millennials.

The trick for many may lie in choosing their job location carefully. To help, we analyzed all 50 states and the District of Columbia against eight economic and lifestyle factors that matter to millennials: jobs, affordable rent- and letâs not forget they are young â nightlife, access to broadband and similar amenities.

Here are the results:

To get connected with Richard Barrington, contact Diana DangÂ at (650) 703 -6349 or email ddang@quinstreet.com

Moneyrates takes a quantitative approach for the rankings in hopes that individuals will look at the issue more objectively. âLooking at the data helps free you from prejudices and stereotypes,â says Richard Barrington, senior financial analyst of Moneyrates.com and CFA.