Trending North of the Border

Is There Jiggery-Pokery in Financial Jargon?

Too Many Canadians Unsure of Portfolio Picks 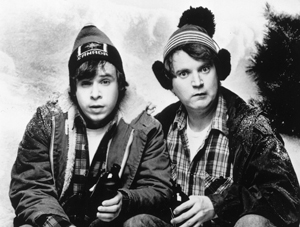 TORONTO, ONTARIO–(Marketwired – April 13, 2016) – Financial jargon can be a major source of frustration and confusion for the average Canadian investor, and according to the results of a recent survey, some Canadians are falling for it too easily.

The survey, which was commissioned for Hennick Wealth Management, asked Canadians several investment questions containing made-up financial jargon to see if they could spot the subterfuge. The results show many of us need to ask more questions.

Key Findings of The Survey:

1) An alarming number of respondents believed that the made-up terms were real:

When asked if they had ever owned, or were aware of various investment vehicles – some legitimate and others invented – some respondents reported owning investments that don’t actually exist:

2) Men may be overly confident in their investment acumen:

Our survey shows that as a nation, our politeness could be costing us

3) Nova Scotians know jargon when they hear it!

“Our survey shows that as a nation, our politeness could be costing us,” said Adam Hennick, Principal of Hennick Wealth Management. “Canadians need to ask more questions and fully understand everything that they are invested in, if an advisor can’t or won’t explain investments in a way that investors understand â¦ its time for a new advisor.”