Viability tied to ability, and willingness, to pay its bills 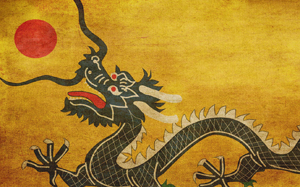 Japanâs economy is down but not yet out. The worldâs third largest economy wonât go quietly. Both these statements are merely my opinion, but if you believe thereâs a risk that Iâm right, you may want to pay attention to what the implications may be.

In determining whether a country is willing and able to pay its bills, three key dimensions to consider are:

Letâs the take last item first: when you have lots of debt, do you want to beg for another loan or should you default? The reason Greece agreed to harsh terms imposed by the International Monetary Fund (IMF) was that they couldnât self-fund themselves. The budget before servicing debt is referred to as the primary budget balance. A country considering a default needs to be aware that the day after they default it might be difficult to get a fresh loan at palatable terms. As such, a country with a primary budget deficit has an incentive to service its debt because it will need further loans. In contrast, a highly indebted country with a primary budget surplus has an incentive to default on its debt. In Greeceâs case, they now have a primary surplus; Greece is in the driverâs seat when it comes to negotiating terms on its debt loans, as they could walk away. One caveat to this is that domestic banks might collapse if they hold lots of debt of their own government.

Japan has a primary budget deficit, i.e. needs to pile on to its debt burden no matter what interest rates are. A goal set last year to eliminate the primary deficit by 2020 appears elusive now. To balance its budget before paying interest expense, Japan â quite simply â needs to either raise revenue or cut expenses. In April, Japanâs value added tax (VAT) rose from 5% to 8%; whether another rise to 10% scheduled for October 2015 will be implemented is an open question. As Europeans have learned, VAT is a powerful way to raise revenue. Except that the higher rates have also caused significant headwinds on consumption. As long as Japan has a primary deficit, it may be at the mercy of the markets.

This âmercyâ can be expressed in the interest rate a government has to pay. Japanâs 10-year bonds (JGBs) currently yield 0.4% per annum. Differently said, the market does not appear to be concerned about Japanâs ability to meet its future obligations â at least not according to this measure. But even as we consider dire scenarios, the biggest threat Japan may be facing is that Prime Minister Abeâs policies actually work. Thatâs because should growth materialize, odds are that JGBâs would sell off, increasing the cost of borrowing. Thatâs not a problem immediately, as not all debt matures at once. However, should much of the debt burden have to be financed at a higher rate, it may make it all but impossible to finance the deficit.

It’s all about the rolling of debt

In practice, as the European debt crisis has shown, itâs not about the average cost of borrowing, but the rolling of debt. Spain, with an average maturity of about seven years for government debt, was considered very prudent in its debt management. However, during the peak of the Eurozone debt crisis, there were concerns that Spain might face trouble refinancing its debt. It didnât matter that only a comparatively small portion of Spainâs debt needed to be refinanced. Governments â just like corporations or individuals â can face a cash squeeze.

But fear not, because Japan has a few tricks up its sleeve. The best known one is the Bank of Japan (BoJ). While the BoJ denies it is financing government deficits, itâs gobbling up an enormous number of JGBs, thereby keeping yields low. It does have the side effect that this formerly highly liquid market is experiencing a drought. But why bother, what could possibly go wrong?

The other trick Japan has up its sleeve is its $1.2 trillion Japanese government pension fund. The fund announced it would lower its allocation of domestic bonds from 60% to 35%, while doubling its domestic and international equity investments:

In the aftermath of the announcement, the yen fell sharply, while both domestic and international equity markets jumped higher. Japan wants to boost the returns on its pension fund, but may achieve quite the opposite. In the short-term, yes, both domestic and international equity prices soared. But the new allocation has only been announced, not implemented. As such, the pension fund will buy assets at elevated prices. And because Japanâs population is ageing, odds are that they will be net sellers rather than buyers over time. During the roaring markets in the U.S. in the 1990s, prevailing cooler heads cautioned that the government investing in the stock market makes little sense, as while it may boost short-term returns, future returns would likely be lower. There is no free lunch.

We consider Japanâs recent moves deeply troubling acts of desperation: In our assessment, Japan signals it wants to move its pension assets offshore as it prepares for a default:

Thereâs more than one way to default. The honest way is to restructure debt. The painful way is through inflation. Pundits may wonder what inflation can there possibly be when JGBs don’t show inflation? We would counter with questioning what good an inflation indicator JGBs can possibly be given the Bank of Japan owns an ever-increasing amount. Something has to give. What is an investor to do? With the caveat that the following is not investment advice:

As we have a dire view on Japan, we should add that we donât think Japanâs problems are all that unique. There is too much debt in the U.S. and Europe. The one country where citizens are fed up with deploying central banks to cure all problems is Switzerland. We will have an in-depth discussion of Switzerlandâs vote to force the Swiss National Bank to hold a minimum of 20% of its reserves in gold in an upcoming Merk Insight (to ensure you donât miss it, sign-up to receive our free newsletters).

To register for our upcoming Webinar on November 20, 2014, where we will discuss how investors can build their personal gold standard, please go here.