Is There Life After NAFTA? 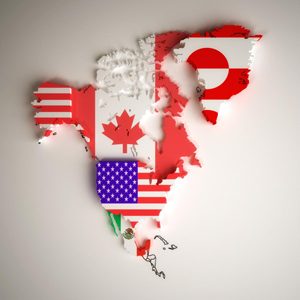 TORONTO and CHICAGO, Nov. 27, 2017 /PRNewswire/ – While the termination of NAFTA would be a net negative for the Canadian economy and a mild negative for the U.S., it is a manageable risk that policymakers, businesses, and markets would adjust to in relatively short order, according to a new report from BMO Economics â The Day After NAFTA.

“It is critical to note that policy would not stand still in the event of a negative outcome for NAFTA,” said Doug Porter, Chief Economist, BMO Financial Group. “Monetary policy would be looser than it would otherwise be, the Canadian dollar would adjust lower, and even fiscal policy would potentially adjust. ”

Porter expects that Canadian trade policy would be aggressively aimed at diversifying Canada’s interests by securing new arrangements with faster growing economies like the TPP and Mercosur nations, India and China, while seeking to achieve full benefit of the recently enacted Canada-European Union Comprehensive Economic & Trade Agreement.Â “All of these factors would work to mitigate the economic damage,” he said..

The report states that Canada would see a net reduction of between 0.7 per cent and 1.0 per cent over a five-year period in real GDP, than otherwise would be the case. Consumer prices in Canada would be expected to rise roughly 0.8 percentage points, due to the weaker exchange rate and modestly higher tariffs.

“As a financial institution with a strong global trade banking capability with offices across the world, we understand the benefits of close international trading relationships,” said David Jacobson, BMO Vice-Chair and former U.S. Ambassador to Canada. “I witnessed first-hand the strength and benefits of North American trade and the millions of interconnections that exist between Canada and the United States. No matter what happens in the end with the NAFTA renegotiation, we need to make sure the benefits of trade are maintained as much as possible. It’s encouraging to hear that our economists see that businesses on both sides of the border will be able to adjust.”

Despite the fact that North America’s economies would ultimately adjust and adapt to a world without NAFTA, the report also concludes that the agreement has been a net positive for all three economies. “It is deeply unfortunate that we are even considering this possibility,” said Mr. Porter.

The report notes that, arguably, the consumer would be the biggest net loser from the termination of NAFTA â in all three partner countries, and not any one industry or sector. “Business capital spending would also be lower than otherwise would be the case, partly due to the uncertain trade climate as well as the weakened growth outlook generally,” stated Mr. Porter. “In the meantime, we would expect both exports and imports to weaken notably, but net trade to be broadly unchangedâwith the Canadian dollar depreciation acting as a partial buffer for Canada. The appreciation we’ve seen this year in the loonie has been as meaningful on the broader economy as we would anticipate seeing the day after NAFTA ends.”

Meanwhile, the macroeconomic impact in the U.S. would be more modest â in the vicinity of a 0.2 per cent net reduction in real GDP from what it otherwise would be over the next five years. “The U.S. is better positioned than Canada or Mexico,” noted Mr. Porter. “Even so, we still believe it would be worse off without NAFTA, and the transportation equipment and textile industries in particular would be significantly vulnerable. On a regional basis, we view some of the border states and those with heavy agriculture exposure as the most vulnerable.”

The full report can be downloaded at: www.bmocm.com/economics.

About BMO Financial Group
Serving customers for 200 years and counting, BMO is a highly diversified financial services provider â the 8th largest bank, by assets, in North America. With total assets of $709 billion as of July 31, 2017, and more than 45,000 employees, BMO provides a broad range of personal and commercial banking, wealth management and investment banking products and services to more than 12 million customers and conducts business through three operating groups: Personal and Commercial Banking, Wealth Management and BMO Capital Markets.