The Evolution of Long Term Care

Is the Long-Term Care Insurance Industry in TRIAGE?

After 25 years, the idea of transferring risk to private insurance is still a good idea 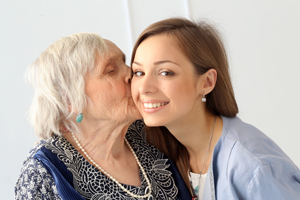 Ms. Shelton is the President of LTC Consultants, a Nashville-based company that she founded in 1991 specializing in long-term care insurance sales training, consumer education and marketing materials. She is the author of The ABCs of LTC. Connect with her by e-mail: [email protected]

triage: [tre azh] n.;  the assignment of degrees of urgency to wounds or illnesses to decide the order of treatment of a large number of patients or casualties.

I was quoted recently as saying “the ship has sailed on paying for nursing home care with long-term care insurance”. What did I mean by that?

Take one look at the latest Genworth Cost Of Care survey and it’s fairly easy to figure out. The monthly median cost of nursing home care in the U.S. is hitting $7,000 and upwards of $13,000 in Bridgeport, Connecticut and San Francisco, California. And Manhattan? Forget about it.

In the early 90s when agents were complaining about high LTC insurance premiums [really?], I preached that the solution was simple: sell the masses, spread the risk and the premiums will drop like a lead balloon. We didn’t do that.

The financial services industry as a whole continued to advise clients to self-insure and yes, some advised clients to transfer assets and utilize “free” Medicaid money. No BS. We all know that happened. So here we are 20 years later and there’s a whole new definition of high premium due to higher cost of care, longer utilization and lower lapse rates than expected, lower earnings on reserves and gender rating.

Is it too late?

At least that’s the spin I put on it when trying to defend the industry to people like Suze Orman so she won’t say bad things on national television about long-term care insurance. But, between you and me, I’m really ticked off that it’s taken almost 25 years for the financial services industry to realize that transferring the risk to private insurance for LTC is a GOOD IDEA! I guess you could say I’m downright MAD about it. Because…is it too late? Are we in triage?

Is it really expected that a 50 year old couple can pay almost $7,000 a year for a policy with a $6000 monthly benefit, three year benefit period with 4% compound inflation?  (Notice I’m saying 4%, not 5%, because that’s what the Genworth study is reporting for nursing home inflation. ) Or wait – do we expect a 50 year old single female to pay the market premium of $5,200 to $6,500 a year for that SAME plan?

I’ve been telling my single female prospects to go to Gatlinburg and visit the weddin’ chapel (smile). Even the “short, fat” solution doesn’t work anymore because that IS the short, fat plan design and it’s out of reach of most Americans. And to make matters worse , the latest LTCi claims study from the Society of Actuaries takes the average claim from 1.9 years for all claims and 3.5 years for claims that last longer than a year to 2.4 years and 4.4 years respectively.

Much of the increase they say can be attributed to the impact of a larger number of assisted living facility claims. Hey, what’s not to love about staying in a place that looks like a country club and having someone cook for you, clean for you, do your laundry and not make you do yardwork or home maintenance? So what’s the answer? I believe we are in triage to help the largest number of people possible per the above definition and that means designing LTC insurance policies to pay for the kind of care that most people have: care OUTSIDE of a nursing home.

Most people are not in nursing homes

You’ve heard me say a thousand times…less than 15% of LTC is in a nursing home and most people are not in nursing homes. So let’s bench the cost of care off of an assisted living facility, not off of nursing home care. That means a median of less than $4,000 a month nationally and about half of what a nursing home would cost in Bridgeport, CT and other high cost areas.

This monthly benefit will also pay for at least 40 hours a week of home care at $20 per hour. This can be a total lifesaver for a family so a primary caregiver can keep a job or just get much needed rest away from the caregiving situation! Then if nursing home care is needed as a last resort or if the policy runs out of benefits, the person turns to Medicaid. If we sold a Partnership plan, the person has the asset protection equal to the benefits paid out to fall back on. And it’s not all doom and gloom if this happens. Believe it or not, some states are figuring out ways to pay for assisted living.

Who wins with this approach?

In summary, this approach extends the longevity of the long-term care insurance market and can be used with traditional and combo products. Just make sure to plan for inflation to keep the integrity of the 80% insurance level, or whatever percentage the client wants to insure.

Next week: Part 3- LTCi has evolved… so should we
Read Part 1: The Road Not Taken