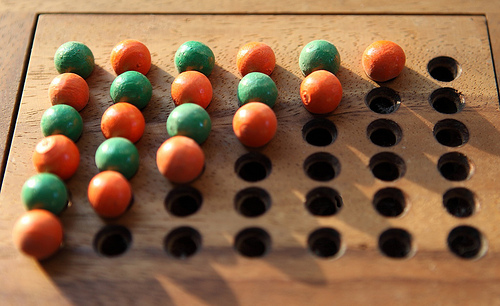 The Tax Court interpreted IRC Section 408(d)(3)(B) to mean that only one non-taxable IRA to IRA ârolloverâ (60 day window) is permitted in a 365 day period for any individual no matter how many IRAs that individual owns. This new IRS rule is a significant change.

Previously, IRS Publication 590 (Individual Retirement Arrangements) and Private Letter Rulings had stated that if an individual owned more than one IRA, the 60 day ârolloverâ rule applied separately to each IRA owned by that individual. IRAs can be either IRA Accounts (i.e. mutual funds or bank CDs) or IRA Annuities (i.e. insurance companies).

What does this new ârolloverâ rule mean from a practical point of view? First, the term ârolloverâ must be clarified. A ârolloverâ takes place when an IRA provider makes a distribution check payable to the IRA owner personally. That IRA owner then has 60 days to place those funds into a new IRA account to avoid taxation on the distribution.

With this difference between a ârolloverâ and a âdirect transferâ more clearly defined, what type of IRA to IRA transactions will or will not fall under this one new ârolloverâ per year rule?

First, letâs list which type of IRA transactions will NOT fall within the new one ârolloverâ per year rule:

Direct Transfers from One IRA to Another IRA

Transfers from Employer QRP Plans to an IRA

Transfer of funds from an employer provided qualified retirement plan (QRP) to an IRA are NOT considered to be an IRA to IRA rollover and are NOT subject to the one ârolloverâ per year rule. The following employer QRP to IRA transfers are permitted:

Rollovers from an IRA to a Roth IRA

Now, letâs list which type of IRA to IRA transactions WILL fall within the new one ârolloverâ per year rule. All types of IRAs under IRC Section 408 must be taken into consideration for purposes of the new rule:

Itâs important to consider what would happen if the new one ârolloverâ per year rule is violated. If it is determined that a second ârolloverâ has taken place within a 365 day period, then the full amount of that second distribution will be taxable income. And if the IRA owner is under age 59 Â½, there will be an additional 10% penalty tax.

The Tax Court decision and the revised IRS position on ârolloversâ have restricted an IRA ownerâs ability to access his or her IRA funds on a short-term, tax-free basis. Depending on the facts of a clientâs personal situation, it could make sense for that client to own multiple IRAs which serve a different retirement and estate planning purposes. Clients and their advisors will have to use great care to comply with the new one IRA to IRA ârolloverâ per year rule. The easiest way to comply with this rule and avoid unpleasant tax consequences is to make a âdirect transferâ from one IRA to another IRA whenever possible. As stated previously, an unlimited number of âdirect transfersâ are permitted.