Investors Remain Bullish on Stocks, Advance Toward Their Goals 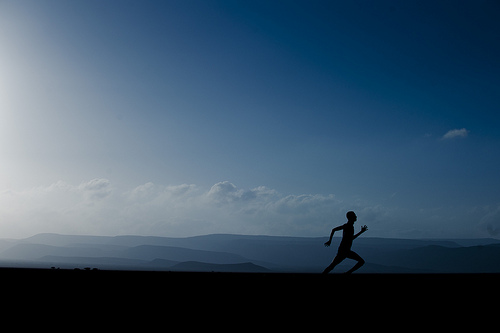 July 31, 2014 – SAN FRANCISCO–(BUSINESS WIRE)–With stocks continuing to hover around record territory, a significant number of investors remain bullish on the second half of 2014, according to the latest client sentiment findings from Charles Schwab, one of the largest full-service investment services firms with more than $2.4 trillion in client assets.

Nearly half (46 percent) of Schwab clients surveyed say theyâre âbullishâ as they look ahead to the second half of 2014, up two percentage points from the fourth quarter of 2013. Thirty-two percent feel their portfolio is well-positioned to grow with the market and 14 percent say they plan to increase their allocation to equities. Less than a third (28 percent) believe the market is due for a significant correction, while about a quarter (26 percent) say they arenât clear about whatâs next for the market.

Despite some mixed views about the marketâs direction in the immediate future, 80 percent of clients surveyed say they are optimistic about reaching their long-term financial and investment goals.

âWhile our clients understand that there might be fluctuations in the market in the near-term, theyâre comfortable with their long-term investment plans and donât allow short-term events to steer them off course. In fact, a majority (64 percent) of those surveyed say they have mostly stuck to their asset allocation plan since the 2008 financial crisis,â said Rodney Prezeau, senior vice president of client experience at Charles Schwab. âAnd not only are they staying on track, but theyâre feeling more positive as well. Forty-three percent of clients surveyed are confident making investment decisions and 58 percent feel better off financially compared to a year ago. Both of these measures are at five-year highs for our survey.â

Confidence is particularly strong among clients who receive professional advice. The survey shows that roughly 75 percent feel most confident when they have at least periodic advice from a professional, compared to just 20 percent who prefer to fly solo and four percent who favor completely delegating financial decisions. Prezeau noted that many Schwab clients who receive professional advice prefer to remain engaged in the investing process.

the top concern among investors is global political instability (27 percent). Thatâs a shift from the first half of the year â just nine percent of investors say that global instability had the greatest impact on their investing strategy

âWeâre seeing more demand from clients for professional advice… and weâre growing and evolving our wealth management services and capabilities to meet those needs,â said Prezeau. âYear-to-date, Schwab has delivered financial plans to nearly 60,000 clients, up more than 20 percent from the first half of 2013. In addition, Schwabâs suite of advisory programs, which provides clients with ongoing investment guidance and portfolio solutions, has $175 billion in total assets under management, up nearly 30 percent year-over-year.â

Schwabâs Q2 Investor Sentiment Survey, which polled more than 1,000 retail clients between June 6 and June 23, 2014, shows that for the remainder of the year, the top concern among investors is global political instability (27 percent). Thatâs a shift from the first half of the year â just nine percent of investors say that global instability had the greatest impact on their investing strategy during that period.

U.S. stock market volatility had the biggest impact on investorsâ investment strategy. The U.S. unemployment rate (six percent) and housing market (four percent) are not significant concerns for the rest of the year, according to the investors surveyed.

Over the past three months, additional actions taken by surveyed Schwab clients include:

About the Survey
The Charles Schwab Q2 Investor Sentiment Survey is an online survey of 1,119 Charles Schwab retail clients conducted from June 6 to June 23, 2014.

About Charles Schwab
At Charles Schwab we believe in the power of investing to help individuals create a better tomorrow. We have a history of challenging the status quo in our industry, innovating in ways that benefit investors and the advisors and employers who serve them, and championing our clientsâ goals with passion and integrity.