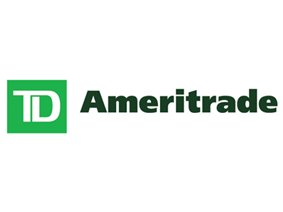 âOur clients maintained a favorable outlook on equities, and were net buyers overall in December,â said Nicole Sherrod, managing director of trading for TD Ameritrade. âThey continued to buy on the price dips in energy – and in particular, oil â as well as in consumer goods and mobile, while taking profits from popular financial, technology and retail names.â

In the fourth quarter in 2014, the IMX trended in the opposite direction of 2013. The index fell back to a lower level as equity market volatility increased considerably, compared to the low volatility environment of the last quarter of 2013, when the IMX increased rapidly while the S&P 500 marched steadily higher. The December 2014 IMX reading of 5.12 is relatively bullish, but is off from its December 2013 reading of 5.62, which is the high end of its historical range.

Volatility returned to U.S. equity markets in December as the continued decline in oil prices seemed to fuel global growth concerns. The S&P 500 reached its all-time high at the beginning of December, but fell 5 percent by the middle of the month before quickly recovering, as it had done with previous dips in 2014. In fact, the S&P 500 and the Dow Jones Industrial Average eventually climbed to fresh all-time highs heading into 2015.

Domestic economic data also continued to be generally positive in December. U.S. equity markets appeared to be stimulated by the Federal Reserveâs encouraging statements around the economy and that it will be âpatient in beginning to normalize the stance of monetary policy.â Small caps stocks measured by the Russell 2000 appeared to be range-bound throughout the year, but finally broke through an upside resistance level at the end of December to record levels. By monthâs end, the Nasdaq Composite was within a few hundred points of its high in 1999 during the dotcom boom.

TD Ameritrade clients were net buyers overall in 2014, keeping their portfolios bullishly positioned heading into 2015. These investors remained heavily invested in the broad markets over the past year by primarily buying S&P 500 Index options (SPX), followed by the SPDR S&P 500 ETF Trust (SPY). Apple (AAPL), Facebook (FB) and Tesla (TSLA) rounded out the ranks of the top five names bought.

The first part of 2014 saw the IMX rise amid global geopolitical tensions, but it remained range-bound throughout the spring and summer, even as equity markets continued to climb higher with generally positive domestic data. The energy sector began to attract the interest of TD Ameritrade clients early in the fourth quarter of 2014 and buys of names in this space accelerated into December. In fact, a look at individual sectors reveals that energy names were purchased most frequently over the past year, with information technology and consumer discretionary rounding out the top three sectors bought by these investors.

âOur clients began easing up on the gas pedal a bit in the fourth quarter of 2014 by taking profits in momentum names with strong price appreciation and rotating into lower-beta, higher-yielding names,â said Sherrod. âBy moving more money off the sidelines and out of cash, they established a lower-risk posture in the markets.â

As of December 31, 2014, the most widely held stocks by TD Ameritrade retail clients in 2014 were Apple (AAPL), General Electric (GE), Bank of America (BAC), Microsoft (MSFT) and Facebook (FB).

For more information on the Investor Movement Index, including historical IMX data going back to December 2010, to view the full report from December 2014, or to sign up for future IMX news alerts, please visit www.tdameritrade.com/IMX. Additionally, TD Ameritrade clients can chart the IMX using the symbol $IMX in either the thinkorswim or TD Ameritrade Mobile Trader platforms.

Past performance of a security, strategy or index is no guarantee of future results or investment success.

About TD Ameritrade Holding Corporation
Millions of investors and independent registered investment advisors (RIAs) have turned to TD Ameritradeâs (NYSE: AMTD) technology, people and education to help make investing and trading easier to understand and do. Online or over the phone. In a branch or with an independent RIA. First-timer or sophisticated trader. Our clients want to take control, and we help them decide how – bringing Wall Street to Main Street for more than 39 years. An official sponsor of the 2014 and 2016 U.S. Olympic and Paralympic Teams, as well as an official sponsor of the National Football League for the 2014, 2015 and 2016 seasons, TD Ameritrade has time and again been recognized as a leader in investment services. Please visit TD Ameritrade’s newsroom or www.amtd.com for more information.