One Month After Slide Across All Categories, October IBD/TIPP Poll Rises Again 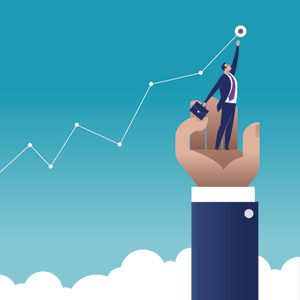 October 09, 2018 —Â LOS ANGELES–(BUSINESS WIRE)–The IBD/TIPP Economic Optimism Index, a leading national poll on consumer confidence, rose 3.8 percent in October with an overall reading of 57.8. The positive uptick is notable as it comes after last monthâs index dropped across every component. The October index also marked 25 consecutive months that the Economic Optimism Index has spent in positive territory. An index reading below 50 indicates pessimism while above 50 signals optimism for the IBD/TIPP indexes.

The IBD/TIPP Economic Optimism Index has established a strong track record of foreshadowing the confidence indicators issued later each month by the University of Michigan and The Conference Board. IBD/TIPP conducted its national telephone poll of 905 adults from September 27 – October 3, using live interviewers and both cell phone and landline numbers. The margin of error is +/-3.3 percentage points.

In addition to the Economic Optimism Index, IBD/TIPP surveyed respondents on key political issues for the separate Presidential Leadership Index and National Outlook Index, as well as the Financial Related Stress Index. The Presidential Leadership Index rose 6.7 percent to 43.1 after slipping 11.6 percent in September. The National Outlook Index also increased 5.7 percent, moving from 45.4 to 48.0. Additionally, the Financial Related Stress Index fell back to 48.4 from 51.3, indicating that consumers feel less financial stress.

âAfter a rare September in which each component on every index and subindex fell, all of Octoberâs readings increased, or in one case stayed the same. This contributes to the continued roller coaster feeling of recent months,â said Terry Jones, IBD’s Commentary Editor. âDespite the deep division we are seeing politically, consumers generally feel good about where the nation is economically and how this translates to their individual financial outlook. The question is whether this up/down trend will continue and become a new norm, or whether we will experience greater consistency across measures in the months to come.â

The flagship IBD/TIPP Economic Optimism Index has three key components. This month, two of the three increased, while one remained the same.

âMore consumers are starting to feel the economic recovery in their own lives, particularly in the form of larger paychecks,” saidÂ Raghavan Mayur, president of TechnoMetrica, IBD’s polling partner. “As the labor market moves closer to full employment, more employers are raising wages in order to successfully compete for skilled workers. Higher pay and more hours worked lifted median household income to a record high of $61,372 in 2017, according to data recently released by the Census Bureau. Lower-paid and seasonal workers are especially benefiting from a tightening labor market. For instance, a study by the online staffing platform Snag found that companies expect to pay holiday workers an average hourly rate of $15.40 this year, up from $11.70 in 2017. In addition, a new trade deal with Canada and Mexico helped ease concerns over a possible trade war.â

Despite the deep division we are seeing politically, consumers generally feel good about where the nation is economically and how this translates to their individual financial outlook...

This month, 20 of 21 demographic groups — such as age, income, race and party preference — that IBD/TIPP tracks were above 50 on the Economic Optimism Index. Eighteen groups rose during the month, a reversal from September when 17 groups fell. Just two groups fell during the month, while one stayed the same.