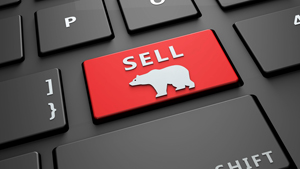 BOSTON, MA–(Marketwired – May 26, 2016) – Recent volatility in global equity markets has led to an uptick in bearishness among investors, according to a survey released today by The Boston Consulting Group.

The survey — conducted in early 2016 by BCG in partnership with Thomson Reuters — received responses from more than 700 portfolio managers and buy-side and sell-side analysts, representing firms that are collectively responsible for approximately $2.5 trillion in assets under management.

BCG has conducted the survey since 2009 to understand investors’ views on global capital markets and priorities for shareholder value creation.

The key findings of the survey include the following:

Putting the Findings into Context

Some background helps put these findings into context. In 2015, nonfinancial companies in the S&P 500 returned more than a trillion dollars to shareholders — share buybacks made up over 60% of the total, and dividends accounted for the rest.

Buybacks have increased more than fourfold since 2009, accounting for roughly 3% of the average 8.5% growth in earnings per share. By contrast, capital expenditure budgets in the S&P 500 have grown only 44% over the same period.

“After a period in which companies returned record amounts of cash to shareholders, investors appear to be looking for companies to use that cash to improve the fundamental value of their businesses,” said Jeffrey Kotzen, a BCG senior partner and global leader of the firm’s Shareholder Value practice.

The findings also need to be understood in the context of companies’ ongoing adjustment to a macroeconomic environment that, since the 2008-2009 global financial crisis, has been characterized by relatively low growth.

“Companies have cut costs to improve profitability and free cash flow, taken advantage of low or even negative interest rates to increase leverage, boosted payouts in the form of dividends and share buybacks, and benefitted from valuation increases as capital markets have rebounded from their post-financial-crisis lows,” said Frank Plaschke, a partner in BCG’s Munich office.

The findings of the BCG survey, however, suggest that investors believe that these strategies have largely played themselves out.

“Margins are currently at or near their peak, making additional improvements increasingly difficult,” said Tim Nolan, a partner in the firm’s New York office. “Returning cash to shareholders will continue to constitute a large percentage of TSR, on average, and provide a floor for valuation; but cash payouts alone won’t deliver superior value. Finally, although interest rates have been low, they are likely to increase in the near future. All these factors mean that valuations will likely be under continued pressure.”

In such an environment, investors want companies to focus on improving their fundamental-value engine: to put in place the managerial vision, organizational capabilities, and capital investments necessary to create a strong foundation for growth in the core business. “In a low-growth environment, this is an enormous challenge,” said Kotzen. “But precisely because of this difficulty, delivering value-creating growth will likely be what distinguishes the superior value creators from the rest.”

Results from the 2016 BCG Investor Survey and accompanying article can be downloaded at www.bcgperspectives.com.

About The Boston Consulting Group
The Boston Consulting Group (BCG) is a global management consulting firm and the world’s leading advisor on business strategy. We partner with clients from the private, public, and not-for-profit sectors in all regions to identify their highest-value opportunities, address their most critical challenges, and transform their enterprises. Our customized approach combines deep insight into the dynamics of companies and markets with close collaboration at all levels of the client organization. This ensures that our clients achieve sustainable competitive advantage, build more capable organizations, and secure lasting results. Founded in 1963, BCG is a private company with 85 offices in 48 countries. For more information, please visit bcg.com.
About bcgperspectives.com
Bcgperspectives.com features the latest thinking from BCG experts as well as from CEOs, academics, and other leaders. It covers issues at the top of senior management’s agenda. It also provides unprecedented access to BCG’s extensive archive of thought leadership stretching back 50 years to the days of Bruce Henderson, the firm’s founder and one of the architects of modern management consulting. All of our content — including videos, podcasts, commentaries, and reports — can be accessed by PC, mobile, iPad, Facebook, Twitter, and LinkedIn.