Investors Back on Track Following Lows of Great Recession 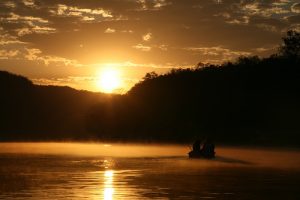 January 15, 2014- -OMAHA, Neb.–(BUSINESS WIRE)–The immediate financial impact of the Great Recession is slowly becoming a thing of the past as investors get back on track with their long-term financial goals, according to the annual Financial Review & Outlook Survey released by TD Ameritrade Holding Corporation (NYSE:AMTD). A majority (67%) of investors surveyed said that 2013 was a good or excellent year for them financially.

Investors also appear to be recouping losses realized in the recession. In 2013, more investors who are saving for retirement said they are ahead of schedule or on track with their retirement savings goals than those who said so in 2010 (67% vs. 53%, respectively).

âWhile many Americans took a more cautious financial stance over the past few years, we continue to see signs that the recessionâs scars are fading,â said J.J. Kinahan, chief strategist, TD Ameritrade, Inc. (âTD Ameritradeâ), a broker dealer subsidiary of TD Ameritrade Holdings Corporation. âIt appears investors are feeling the euphoria of a more positive year, and are beginning to engage in the market more. Itâs encouraging to see the optimism both in the results of this survey and among our clients.â

It appears investors are feeling the euphoria of a more positive year, and are beginning to engage in the market more

TD Ameritrade’s Investor Movement IndexÂ® (âIMXâ) supports the positive sentiments revealed in the survey. The IMXSM climbed to the highest reading in its four-year history in December and continues to show that investors who are engaged in the markets were positioning their portfolios in a bullish manner.

While the recession caused many setbacks, there were a few silver linings. For one, 41 percent of couples in 2013 said they are talking to their spouse/significant other more frequently about money and finances today than they did prior to the recession. This proportion rises to more than half (55%) among those investors who say they had a tough or very tough year, financially speaking, in 2013.

1Source: Lessons Learned in the Aftermath of the 2008-09 Economic Recession Survey

About TD Ameritrade Holding Corporation
Millions of investors and independent registered investment advisors (RIAs) have turned to TD Ameritrade’s (NYSE:AMTD) technology, people and education to help make investing and trading easier to understand and do. Online or over the phone. In a branch or with an independent RIA. First-timer or sophisticated trader. Our clients want to take control, and we help them decide how â bringing Wall Street to Main Street for more than 38 years. An official sponsor of the 2014 and 2016 U.S. Olympic and Paralympic Teams, TD Ameritrade has time and again been recognized as a leader in investment services. Please visit here.