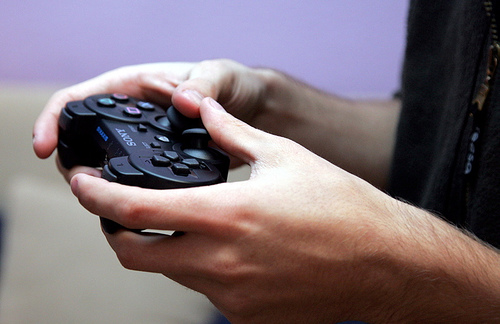 November 07, 2013 -BOSTON–(BUSINESS WIRE)–Fidelity Labs today released a pilot of an investing game: âBeat the Benchmark.â Different than other online stock market games, the pilot combines the principles of gaming with proven asset allocation techniques to teach individuals the basics of investing in an engaging and entertaining way.

The game challenges novice investors to allocate assets in ways that will outperform a randomly chosen benchmark. As players advance, competing to âbeat the benchmark,â each new stage introduces tools that will help them succeed, including learning more about mutual funds, sectors, and diversification based on lifetime goals.

The new game is now accessible on Fidelitylabs.com, in addition to a blog post, video, and an online forum. With the publicâs feedback, Fidelity Labs will continue to improve the game so that it can become a powerful educational tool for investors.

âWeâve known for years that gaming could play a part in helping investors learn, and could potentially lead to better investment outcomes. By developing a game based primarily on feedback from novice investors, our goal is to co-develop the future of online investing education,â said Sean Belka, senior vice president and director of the Fidelity Center for Applied Technology, the unit of Fidelity that focuses on innovation. âSince we began the project last year, we involved consumers early in the development process. Each new idea we get helps us incrementally improve the game, so that eventually we will deliver the best possible experiences for investors.â

In developing the game, experts at Fidelity Labs first summarized their hypotheses in a diagram to show how their game would help individuals learn more about investing. Next they reached out to consumers to gather feedback on all elements of their idea. To save time and resources, they began developing the game one step at a time, incorporating usersâ input along the way. This approach is common among start-ups, combining what are known as âagile development techniquesâ with âlean product development.â The prototype of the new investing game is just one stage in the process.

By developing a game based primarily on feedback from novice investors, our goal is to co-develop the future of online investing education

âThis game is unique, and we invite the public to try out the pilot and tell us what they think,â said Hadley Stern, vice president, Fidelity Labs. âLike our work with mobile services, social media and wearable computing, games like this are another example of the ongoing innovation at Fidelity Labs. Our goal is to continually create great experiences that help people become even more successful investors.â

About Fidelity Labs
Fidelity Labs was established in 2005 to work in coordination with the Fidelity Center for Applied Technology (est. 1999), Fidelityâs center for innovation, to explore emerging technologies and evaluate new innovative concepts to learn how they may benefit investors. Fidelity Labs works with a number of Fidelity business units and also launches its own products. Examples of current Fidelity offerings that began as experimental offerings in Fidelity Labs include Fidelityâs presence on Facebook and Twitter, and many of Fidelity Investmentsâ mobile apps among others. For more information on Fidelity Labs, visit www.fidelitylabs.com.

About Fidelity Investments
Fidelity Investments is one of the worldâs largest providers of financial services, with assets under administration of $4.4 trillion, including managed assets of $1.9 trillion, as of September 30, 2013. Founded in 1946, the firm is a leading provider of investment management, retirement planning, portfolio guidance, brokerage, benefits outsourcing and many other financial products and services to more than 20 million individuals and institutions, as well as through 5,000 financial intermediary firms. For more information about Fidelity Investments, visit www.fidelity.com.