The Investment Gods Are Still Furious

Did the Ancient Greeks and Romans understand patience and market-cycles better than we do? 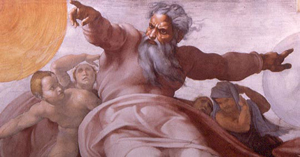 Mr. Selengut is a private investor and a contributing editor to LIFE&Health Advisor. He is the author of the book âThe Brainwashing of the American Investor: The book that Wall Street does not want you to read.â He can be reached at sanserve@aol.com

Market Cycle Investment Management (MCIM) is an historically new methodology, but with roots deeply embedded in both the building blocks of capitalism, and financial psychology— I’m sure there is such a thing.

The earliest forms of capitalism sprung from ancient mercantilism, which involved the production of goods and their distribution to people or countries mostly around the Mediterranean.

The sole purpose of the exercise was profit and the most successful traders quickly produced more profits than they needed for their own consumption. The excess cash needed a home, and a wide variety of early entrepreneurial types were quick to propose ventures for the rudimentary rich to consider.

There were no income taxes, and governments actually supported commercial activities, recognizing how good it was for “Main Street” — it still is, as is free trade, and the profit motive itself.

The investment gods saw this developing enterprise and thought it good. They suggested to the early merchants, and governments that they could “spread the wealth around” by: selling ownership interests in their growing enterprises, and by borrowing money to finance expansion and new ventures.

A financial industry grew up around the early entrepreneurs, providing insurances, brokerage, and other banking services. Economic growth created the need for a trained work force, and companies competed for the most skilled. Eventually, even the employees could afford (even demand) a piece of the action.

Was this the beginning of modern socialism, Bernie? Not! The investment gods had created the building blocks of capitalism: stocks and bonds, profits and income. Stock owners participated in the success of growing enterprises; bondholders received interest for the use of their money; more and better skilled workers were needed.

But on the dark side, without even knowing it, Main Street self-directors participated in a thunderous explosion of new financial products and quasi-legal derivatives that so confused the investment gods that they had to holler “’nuff”! Where are our sacred stocks and bonds? Financial chaos ensued.

The Working Capital Model was developed in the 1970s, as the guts of an investment management approach that embraced the cyclical vagaries of markets. This at a time when there were no IRA or 401(k) plans, no index or sector funds, no CDOs or credit swaps, and very few risky products for investors to untangle.

Those who invested then: obtained investment ideas from people who knew about stocks and bonds, had pensions protected by risk-averse trustees, and appreciated the power of compound interest. Insurance and annuities were fixed, financial institutions were separated to avoid conflicts of interest, and there were as many economics majors as lawyers in Washington. (Well, maybe someday.)

Let's stick with stocks and bonds; lets focus on income where the purpose is income; let's analyze performance relative to cycles as opposed to phases of the moon

MCIM was revolutionary in its break from the ancient buy-and-hold, in its staunch insistence on Quality, Diversification, and Income selection principles, and in its cost based allocation and diversification disciplines. It is revolutionary still as it butts heads with a Wall Street that has gone MPT mad with product creation, value obfuscation, and short-term performance evaluation.

Investing is a long-term process that involves goal setting and portfolio building. It demands patience, and an understanding of the cycles that create and confuse its landscape. MCIM thrives on the nature of markets while Wall Street ignores it. Working Capital numbers are used for short-term controls and directional guidance; peak-to-peak analysis keeps performance expectations in perspective.

In the early 70s, investment professionals compared their equity performance cyclically with the S & P 500 from one significant market peak to the next — from the 1,500 achieved in November 1999 to the 1,527 of November 2007, for example. Equity portfolio managers would be expected to do at least as well over the same time period, after all expenses. (Could they even possibly have done worse?)

Another popular hoop for investment managers to jump through was Peak to Trough performance —managers would be expected to do less poorly than the averages during corrections.

Professional income portfolio managers were expected to produce secure and increasing streams of spending money, regardless. Compounded earnings and/or secure cash flow were all that was required. Apples were only combined with oranges in fruit salads… not total return hyperbole.

Today’s obsession with short-term blinks of the investment eye is Wall Street’s attempt to take the market cycle out of the performance picture. Similarly, total return hocus-pocus places artificial significance on bond market values while it obscures the importance of the income they produce.

MCIM practitioners will have none of it; the investment gods remain furious…

Think about it, in an MCIM world, there would be no CDOs or multi-level mortgage mystery meat; no hedge funds, naked short sellers, or managed options programs; no mark-to-market lunacy, Bernie Madoffs, or taxes on investment income.

In MCIM portfolios, lower stock prices are seen as a cyclical fact of life, an opportunity to add to positions at lower prices. There is no panic selling in high quality (IGVSI caliber) holdings, and no flight to 1% Treasuries from 6% tax free Munis. In an MCIM portfolio, dividends and income keep rolling, providing income for retirees, college kids, and golf trips — regardless of what security market values are doing.

Capitalism is not broken; it’s just been overly tinkered with. The financial system is in serious trouble, however, and needs to get back to its roots and to those building blocks that the Wizards of Wall Street have cloaked in obscurity.

Let’s stick with stocks and bonds; lets focus on income where the purpose is income; let’s analyze performance relative to cycles as opposed to phases of the moon; let’s tax consumption instead of income; and let’s not disrespect the gods, the “Bing”, or the intelligence of the average investor…

So sayeth the gods. Amen!