(Investment) Game's Over for Pokemon Go 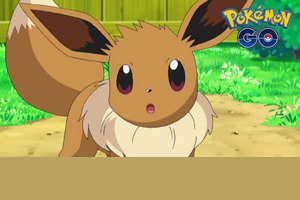 COLLEGE PARK, Md., July 18, 2016 /PRNewswire-USNewswire/ — Starting July 6, the clock tower outside Van Munching Hall at the University of Maryand’s Robert H. Smith School of Business transformed into a PokÃ©mon Go landmark â great news for Smith School players who have downloaded the gaming app that lets them use their phones to find magical creatures in the real world.

By the time most people heard about the craze sometime this week, short-term traders around the world already had absorbed the information and responded.

Nintendo shares surged 25 percent on Monday in Tokyo, positioning other PokÃ©mon partners such as Alphabet spinoff Niantic to make even more money. Kristen Fanarakis, Center for Financial Policy assistant director at the Smith School, says amateur day traders working at home probably missed the biggest prizes. “By the time you get the news as an average person, the move has already happened,” Fanarakis says. “It’s already over.”

Fanarakis saw the craziness firsthand on Wall Street, where she worked in foreign exchange sales from 2005 to 2011. “Every bank subscribes to every newswire out there,” she says. “I literally had multiple screens of scrolling news.”

Separating the noise from the real events

She says traders work long hours trying to separate the noise from the real events that might affect a company, industry or entire sector. “You didn’t leave your desk to go get a coffee,” she says. “You had to pick when you were going to go to the bathroom at a strategic time. You’re really glued to your desk and watching what’s happening second by second.”

Consumer events such as the release of the PokÃ©mon Go app usually trigger a limited response. “Consumer-type trends tend to be solely stock related,” Fanarakis says. “It will affect a specific stock and maybe its specific competitors.”

Broader events can affect a wide variety of asset classes. Political polls and elections sometimes generate this type of response, but rarely in developed countries. “Politics only matter in emerging markets because they’re way more unpredictable,” Fanarakis says. “The Brexit vote might be an exception, but it’s rare in a developed country for politics to matter simply because the politicians don’t create a lot of instability.”

By the time most people heard about the craze sometime this week, short-term traders around the world already had absorbed the information and responded

Fanarakis says big events, such as China’s move in 2005 to revalue the yuan and end its fixed dollar peg, quickly catch the attention of traders all over the world. She sat next to the sterling and yuan traders on that day and watched the herd mentality kick in. “We would know something was happening based on the level of noise in the room,” Fanarakis says. “Traders can have very short memories, so they use the most recent information to decide what to do.”

Computers are the new traders

Computers do much of the news analysis now, tracking newswires around the clock and responding immediately. “They’re just looking for mathematical relationships and patterns,” Fanarakis says.

Unfortunately, machines are only as good as the algorithms that humans create. Fanarakis says banks have responded by hiring the best mathematicians and computer scientists they can find from any field. “One of the people who helped build our model was literally a rocket scientist,” she says. “Math is math. You establish the mathematical relationship between assets and what’s driving things.”

Certain rules apply, which guide the predictive models. When the world is going through upheaval, for example, people will always buy U.S. dollars. “At the end of the day when things are really bad, people trust the Fed to do the right thing and act rationally,” Fanarakis says.

Rules also have exceptions, which means the science of correlating news events to investment decisions remains inexact. “It’s always better to be lucky than smart,” Fanarakis says. “There are very few firms that have been able to be successful year after year.”

About the University of Maryland’s Robert H. Smith School of Business
The Robert H. Smith School of Business is an internationally recognized leader in management education and research. One of 12 colleges and schools at the University of Maryland, College Park, the Smith School offers undergraduate, full-time and part-time MBA, executive MBA, online MBA, specialty masters, PhD and executive education programs, as well as outreach services to the corporate community. The school offers its degree, custom and certification programs in learning locations in North America and Asia.