Investment Fruitcake: A Recipe For Success

Figuring out what you need to figure out 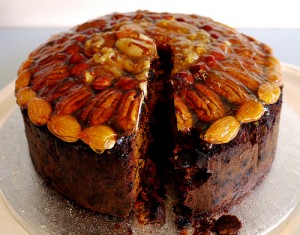 Â Investment Management may not always be fun, but it is always interesting. It is particularly interesting when you figure out what it is that you need to figure out. The problem is to explain what it’s all about to those who could benefit from a less modern portfolio theory.

Portfolio design, in its simplest form, is a fruitcake of apples, oranges, and dough. The recipe (asset allocation) is about as straightforward as it can be; the ingredients (equity and income securities) can be well known and of unquestioned quality, and their reactions to time, interest rate expectations, and cyclical mood are well documented.

So all we need do is obtain various types of apples and oranges at reasonable prices, arrange for a constant inflow of dough, and package the final product in a way so that profitable pieces can be sold when appropriate or added to when necessary. Voila’, done!

But real life investors need to know more about the fruit and what to expect from each variety. Truth be told, we all want our fruitcake to taste better than anyone else’s. The problem is understanding what our taste buds are reporting… and most of us are reluctant to buy and to sell when history literally shouts at us that we should.

We’ve had this conversation many times, but repetition is good for the soul. Let’s start with the apples:

The stock market orchard contains all equity varietals, but Market Cycle Investment Management (MCIM) portfolios specialize in Investment Grade Value Stocks, a unique group of NYSE, B+ or better S & P rated, dividend payers plus a dozen or so similarly qualified ADRs. There is a non Wall Street manipulated index that tracks this select group of companies, the IGVSI.

Also, although it is no longer popular, MCIMers have a long term, or cyclical, approach to performance evaluation. Given that the S & P is hovering around its highest value ever, one could expect two things: a lot of equity profit taking in recent months, and an unusually high level of “dough” in the fruitcake.

Since the stock market peaked in 2007, IGVSI stocks have risen about 22%; the S & P just under 7%. After a 4.5 year rise, MCIM portfolio profits have been harvested in preparation for a correction; the S & P, of course, cannot “prepare” — neither can mutual funds and unmanaged ETF derivatives.

Look at the BIG picture

The MCIM equity “bucket” has done its job, and is prepared to add equities whenever prices fall into range. The oranges have provided even more excitement, but you may have stopped smiling. First, the big picture:

Tax Free CEFs rose dramatically from financial crisis lows to a five year high in November 2012, a spectacular 75%, while distributing significant income and producing highly unusual waves of capital gains. Those who answered the call to the orchard during the crisis, of course, did much better than those who merely reinvested income — an income which never faltered during the worst financial crisis in history.

Since that November high, Tax Free Closed End Funds have led portfolio market values lower due to market expectations of higher interest rates, and speculators fleeing the safety of bonds for the excitement of an upwards only stock market — the first one ever. Ya think!

Interestingly, examination of MCIM tax free income only portfolios (w/o deposits or withdrawals), and in spite of a 20% decline in the past year, would probably show them up roughly 20% from their 2007 highs — nearly twice the gain in the S & P 500 during the same period of time. I’ll spare you the repetition that this observation deserves, but here’s a hypothetical headline: Managed Municipal Bond CEF Portfolios Double the Growth of the S & P 500 Over the Past Six Years .

Similarly, taxable income CEFs established new high market values throughout 2012. Then, in normal cyclical form, prices started to tumble and now seem to have stabilized about 20% below their 2012 highs.

Yet, income CEF market values remain 33% above financial crisis lows. With the addition of compound interest at roughly 7% per year for 6 years, the average income bucket “Working Capital” of an MCIM portfolio could be up roughly 50% from 2007 levels — five times the growth of the S & P 500.

So, there is little doubt that it is the income investment “bucket” that propelled MCIM portfolios to new high levels more than a year before equity-only market measures. It is the combination of their cyclical retrenchment and Wall Street’s hesitation to reap profits that has slowed the growth in MCIM portfolio market values in recent months.

Yet MCIM portfolios, with an average of only 60% directed toward equities and “Smart Cash” have likely performed better than equity only indices during the past 5, 10, 20, and 30 year periods on the basis of logic alone. The past five years have third party prepared documentation that supports the logic. An unaudited, seat-of-the-pants, study of 30 MCIM portfolios shows gains of 27% vs. about 7% for the S & P.

So, it would seem that, over extended periods of time, apples + oranges produce a better fruitcake than apples alone….

At the same time, the non market value, portfolio productivity measures MCIMers call “base income” and “working capital” have continued to rise inexorably. Partially from deposits during the financial crisis, but mainly as a result of compound interest. Did you add to your income CEF portfolio during the financial crisis? Are you adding to your income CEF portfolio now? If not, why not?

This time down a more normal road (prices fall when interest rates are expected to rise AND near the top of stock market rallies), you’ve seen numerous articles, memos and notices about the opportunities in these securities. Where would you be today, income wise, had you gone shopping during 2008? Yes, the prices would still be down from late-2012, but the income would be much higher, as would the Working Capital.

So nothing has really changed since our last conversation. Income security prices are down across the board; current yields range between 7% and 9% on tax free and taxable CEFs, respectively. You have another opportunity to add to your positions to increase portfolio yield, increase current income, AND reduce the cost basis per share of your positions.

What are you waiting for?