Clients increased exposure for the first time since November 2021

The IMX is TD Ameritradeâs proprietary, behavior-based index, aggregating Main Street investor positions and activity to measure what investors actually were doing and how they were positioned in the markets. 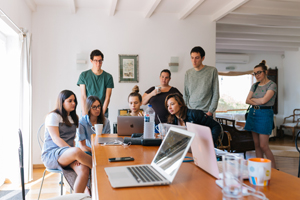 OMAHA, Neb.–(BUSINESS WIRE)–The Investor Movement IndexÂ® (IMXSM) increased to 4.82 in August, up from 4.68 in July. The reading for the four-week period ending August 26, 2022 ranks âModerate Lowâ compared to historic averages.

âIn August, clients had a lot to digest, from macroeconomic catalysts to noteworthy earnings and finally to the remarks shared by Chairman Powell at the Jackson Hole symposium,â said Shawn Cruz, head trading strategist, TD Ameritrade. âIn the face of mixed signals, optimism waxed and waned. But despite how the period ended, on a whole, TD Ameritrade clients increased exposure in August, leading to the first bump the IMX score has seen since November last year.â

The August IMX period was another period of elevated volatility. However, unlike in July, the volatility was not constrained to a tight range, with the month starting off with a strong move higher–at one point trading up nearly +5%–before turning lower in the latter half of the month. As the rally off June lows carried over from July to August, economic data came in mixed; a strong beat on the Employment Situation report was followed by softer-than-expected Consumer Price Index (CPI) and Producer Price Index (PPI) data. These reports, combined with consumer sentiment data, led some investors to feel optimistic about the Federal Reserveâs progress in bringing down inflation and the possibility of having hit an inflection point in the battle against rising prices.

The falling inflation data did not translate to lower interest rates, though. The 10-year Treasury yield began August at levels not seen since April of this year but climbed higher throughout the month, breaking above 3% at the same time equities turned around and began their move lower. A major change in sentiment came mid-month with the release of Federal Reserve Federal Open Market Committee (FOMC) meeting minutes and various members of the Federal Reserve reiterating their commitment to aggressive Monetary Policy tightening. The final blow came at the end of the month as Federal Reserve Chairman Jerome Powell, speaking at the global central bank economic symposium in Jackson Hole, Wyo., acknowledged the likelihood of negative impacts to the economy in order to achieve lower inflation levels, dashing hopes of a policy reversal from the markets and driving significant risk-off behavior.

Some of the popular equity names bought during the period were:

Names sold during the period included:

Both TD Ameritrade millennial clients and the overall TD Ameritrade client population favored Google (GOOG/GOOGL) once again, with both populations net buying the Information technology giant. Amazon (AMZN) was another name both populations favored as the Consumer Discretionary giant broke out of a previous resistance level on the upside. Millennial clients were buyers of semiconductor giant Nvidia (NVDA) despite pessimistic forward guidance, and electric vehicle makers were also popular, with Tesla (TSLA), Rivian (RIVN), and Lucid Motors (LCID) net bought over the August period. In the Financial sector, JP Morgan (JPM) continued to trade near its lows for the year, and millennials differed from the overall population in net buying the Diversified Financials giant.

The IMX value is calculated based on a complex proprietary formula. Each month, TD Ameritrade pulls a sample from its client base of funded accounts, which includes all accounts that completed a trade in the past month. The holdings and positions of this statistically significant sample are evaluated to calculate individual scores, and the median of those scores represents the monthly IMX.

For more information on the Investor Movement Index, including historical IMX data going back to January 2010; to view the full report from August 2022, or to sign up for future IMX news alerts, please visit www.tdameritrade.com/IMX. Additionally, TD Ameritrade clients can chart the IMX using the symbol $IMX in either the thinkorswimÂ® or thinkorswim Mobile platforms.

Inclusion of specific security names in this commentary does not constitute a recommendation from TD Ameritrade to buy, sell, or hold. All investments involve risk including the possible loss of principal. Please consider all risks and objectives before investing.

Past performance of a security, strategy, or index is no guarantee of future results or investment success. Historical data should not be used alone when making investment decisions. Please consult other sources of information and consider your individual financial position and goals before making an independent investment decision.