Throughout the process, the advisor remains the most valuable resource 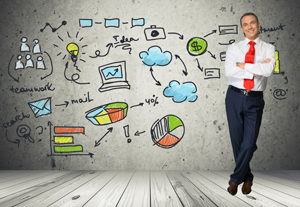 That was one of the important insights from a recent “Voice of the Annuities Consumer” survey of buyers and a near equal number of non-buyers conducted on behalf of the Deloitte Center for Financial Services. Despite the movement in insurance and other financial industries towards greater self-service and more direct sales of products over the Web, Deloitte’s research indicated that the time might not yet be ripe for such a move in annuity sales.

Indeed, the survey found intermediaries to be the overwhelmingly dominant factor in just about every aspect of a consumer’s annuity purchase. For example, when asked who or what first prompted those surveyed to purchase their most recent annuity, a suggestion from an advisor was far and away the leading catalyst among the buyers responding in all age groups (30-44, 45-54, 55-64, and over 65) – although the impact was much more pronounced among the two older segments, rising to a high of 74 percent for those above age 65.

The same phenomenon was evident when buyers were asked about the most valuable source of information in helping them make their annuity purchase decision, with material supplied by the intermediary being the top choice of respondents by a wide margin. Information from annuity companies was a distant second, while other sources ranked far lower.

Last but not least, intermediaries played a central role in helping buyers make a host of decisions involving their annuity purchase, with a large majority of respondents citing their guidance as very influential in choosing the type of annuity and provider, as well as explaining the product’s features. (There were a couple of red flags here, however, with the data showing intermediaries to be much less influential when it comes to comparing annuities with other investment options, and in deciding how much to invest in an annuity.)

A need to compare

When asked how likely they would be to consider buying an annuity over the Internet, without a professional financial intermediary shopping for them or advising them, only about 15 percent of the total survey sample of 1,500 said they were either somewhat or very likely to do so.

However, the percentage of potential online prospects was three-times higher among current annuity holders who are 30-to-44 years old, offering some incentive for providers to experiment with direct sales – at least when approaching younger consumers.

When those without annuities were asked what factors might make them more likely to consider buying one over the Web:

Nearly one in three said they wanted the ability to compare products offered by different companies on one website.

One in four would expect a discount after eliminating the intermediary.

About the same percentage would buy online if they could speak with a licensed advisor during the sales process to answer questions.

Nearly one in five would want a single point of contact at the company to advise them.

To limit potential channel conflict, direct outreach efforts could be employed to develop warm leads for a provider’s distribution force, rather than trying to eliminate the intermediary – perhaps concluding with a suggestion to “make sure to ask your financial advisor if an annuity is right for you.”

younger buyers are more likely to deal with an insurance agent for other personal coverage needs â such as life, auto, and/or homeowner policies â opening the door for cross-selling of annuities

For first-time buyers, such a message could include an online service to connect interested prospects with an affiliated intermediary. However, a carrier could also offer the option to speak directly with one of their own in-house customer service representatives.

Advisors are the primary catalysts

While there is room for different approaches among customer segments, the potential for disintermediation appears to be rather slim for the time being in the vast majority of annuity sales today, Deloitte’s survey indicates.

The data confirmed that intermediaries are likely to remain the lynchpin – as the primary catalysts, educators, and influencers – in convincing consumers to buy annuities and guiding them on how to proceed. This finding perhaps won’t be surprising to most annuity providers, who have been largely dependent on their distribution force to cultivate prospects and close sales.

But the critical question is how annuity companies can more effectively support intermediaries in fulfilling their integral role, while better enhancing penetration and market share among underserved segments – particularly younger consumers.

Indeed, encouraging their sales force to approach younger prospects about an annuity purchase, and tailoring marketing materials and perhaps even modifying the product itself to appeal to that target, could be very impactful, the survey found. Another insight from Deloitte’s research is how intermediaries position themselves to serve annuity prospects.

Among buyers surveyed, a financial planner was cited as the purchase facilitator by a majority of respondents in all but the youngest age category. A suggestion to buy an annuity might have more authority coming from a full-service financial planner, who typically has both the expertise and holistic approach to coordinate such a purchase as part of a broader, long-term financial management strategy.

That isn’t to suggest that insurance agents should take a back seat here. For one, many insurance agents with the necessary training and credentials already refer to themselves and serve as financial planners. In addition, younger buyers are more likely to deal with an insurance agent for other personal coverage needs – such as life, auto, and/or homeowner policies – opening the door for cross-selling of annuities.

Indeed, our survey found that many annuity buyers had already purchased at least one, and often multiple products through the same intermediary. In the youngest age category, one-third bought their annuity through an insurance agent. In terms of customer experience, while the majority of buyers surveyed were satisfied with their annuity, there were a few common themes raised by respondents when asked how they would suggest improving the industry’s marketing and sales process.

Non-buyers surveyed also often cited many of the same concerns as elements that had discouraged them from purchasing an annuity. Among the issues raised by respondents were calls for:

Multi-channel education options prior to purchase

A simpler overall product written in language a layman could understand

Full disclosure and a better explanation of the product’s cost, including sales compensation, as well as value comparisons versus other investment options

Last but not least, a refrain repeated in various ways, summed up by one buyer who would prefer “straight talk, no hype”

For more information about Deloitte’s “Voice of the Annuities Consumer” survey, including an examination of four opportunities for providers to expand the annuities market, access our full report in Deloitte University Press. You are also welcome to listen to Deloitte’s recent webcast based on the report, on “Reinventing the Annuity Prospecting and Sales Process.”