eyes on the market

When Interest Rates Start Rising ... and Beyond

When is three-percent better than six-percent? 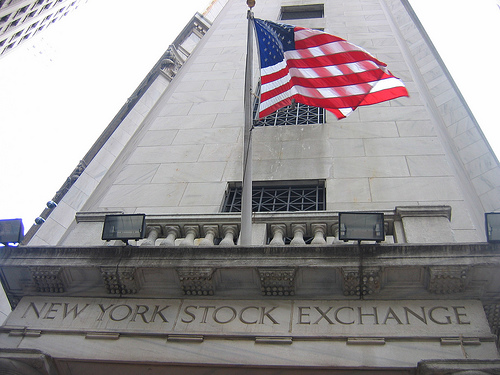 Mr. Selengut is a private investor and a contributing editor to LIFE&Health Advisor. He is the author of the book âThe Brainwashing of the American Investor: The book that Wall Street does not want you to read.â He can be reached at sanserve@aol.com.

April 13, 2017 — When is 3 percent better than 6 percent? Yeah, we all know the answer, but only until the prices of the securities we already own begin to fall.

Then, logic and mathematical acumen disappear and we become susceptible to all kinds of special cures for the periodic onset of higher interest rates.

Weâll be told to sit in cash until rates stop rising, or to sell the securities we own now, before they lose even more of their precious market value. Other gurus will suggest the purchase of shorter-term bonds or CDs (ugh) to stem the tide of the perceived erosion in portfolio values.

There are two important things that your mother never told you about Income Investing: 1) Higher interest rates are good for investors, even better than lower rates, and 2) Selecting the right securities to take advantage of the interest rate cycle is not particularly difficult.

Higher interest rates are the result of the governmentâs efforts to slow a growing economy in hopes of preventing an appearance of the three headed inflation monster. A quick glance over your shoulder might remind you of recent times when the government was trying to heal the wounds of a misguided Wall Street attack on traditional investment principles by lowering interest rates.

The strategy worked, the economy rebounded, and Wall Street scrambled back to where it was nearly six years earlier. Think about the impact of falling interest rates on your income purpose securities. Bonds and preferred stocks; government and municipal securities — they all moved higher in market value.

Sure you felt wealthier, but the increase in your annual spendable income got smaller and smaller. Your total income could well have decreased during the period as higher interest rate holdings were called away (at face value), and reinvestments were made at lower yields.

You should all know by now that an unhappy investor is Wall Street's best friend.

How many of you have mental bruises from the realization that you could have taken profits during the downward trajectory of the interest rate cycle, on the very securities that you now lament over. The nerve; falling below the price you paid for them years ago. But the income on these turncoats is the same as it was years ago, when prices were so much higher.

This is the work of Mother Natureâs financial twin sister. Itâs like acorns, snowfalls, and crocuses. You need to dress properly for seasonal changes and invest properly for cyclical changes. Remember the days of “Bearer Bonds”? There was never a whisper about market value erosion then. Was it the IRS or institutional Wall Street that took them away?

Higher rates are good for investors, particularly when retirement is a factor in your investment decisions. The more you receive for your reinvestment dollars, the more likely it is that you wonât need a second job to maintain your standard of living. I know of no retail entity, from grocery store to cruise line that will accept the market value of your portfolio as payment for goods or services.

Income pays the bills, more is nearly always better than less, and only increased income levels can protect you from inflation. So, you say, how does a person take advantage of the cyclical nature of interest rates to garner the best possible income on investment quality securities? You might also ask why Wall Street makes such a fuss about the dismal bond market and offers more of their patented “Sell Low, Buy High” advisories — but that should be fairly obvious.

You should all know by now that an unhappy investor is Wall Street’s best friend.

Selecting the right securities to take advantage of the interest rate cycle is not particularly difficult, but it does require a change in focus from the statement bottom line — and the use of a few security types that you may not be 100% comfortable with.Iâm going to assume that you are familiar with these investments, each of which could be considered (from time to time) for a spot in the well diversified income “bucket” of your asset allocation:

[Purposely excluded: CDs and Money Funds, not investments by definition; CMOs and Zeros, mutations developed by some sicko MBAs; and open end mutual funds, which just canât work because they are really âmanaged by the mobâ — i.e., investors.]

The market rules that apply to all of these are fairly predictable, but the ability to create a safer, higher yielding, and flexible portfolio varies considerably within the security types. For example, most people who invest in individual bonds wind up with a laundry list of odd lot positions, with short durations and low yields, designed for the benefit of that smiling guy in the big corner office.

There is a better way, but you have to focus on the income and be willing to trade as opportunities present themselves….