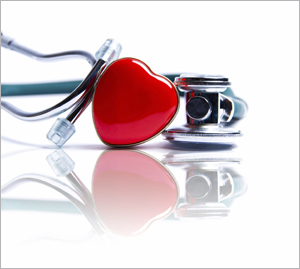 Mr. McCarthy Ed is a Retirement Income Certified Professional (RICP) who transitioned from wealth management to freelance writing. He has published one book for financial advisors, âThe Financial Advisorâs Analytical Toolbox,â and one for consumers, âFast Forward MBA in Personal Finance.â This article is reprinted with permission from Wealth Management, and the author. VisitÂ wealthmanagement.com

Jun 12, 2018 — Health savings accounts are hot. Financial advisors, plan consultants and the news media are recommending the HSAs as a potentially important element in planning for retirement healthcare costs. Plan sponsors also appear to be getting on the bandwagon. Consider this eye-opening stat: The Plan Sponsor Council of Americaâs 2017 report, âHealth Savings Accounts and Retirement Plans,â found that 75 percent of companies âregard the HSA as part of their retirement benefits.â

HSAsâ popularity makes sense. Workers worry about retirement healthcare expenses. Employers want to control healthcare costs, and high-deductible health plans that are HSA-eligible can provide immediate savings. The convergence of these factors has led to the idea that HSAs can serve as longer-term savings vehicles, notes Patrick Delaney, vice president, DCIO Marketing with T. Rowe Price Investment Services Inc. in Baltimore. âItâs the triple tax benefit that everyone grabs on to that makes them a viable long-term savings vehicle.â

Estimates of HSAsâ usage vary. A recent survey from Devenir Research reported continued strong growth in the number and size of accounts with 22 million accounts (up 11 percent from 2016) holding about $45.2 billion in assets (up 22 percent from 2016) as of year-end 2017. But a February 2018 Employee Benefit Research Institute study finds reduced recent growth rates: âIn 2017, enrollment estimates in HSA-eligible health plans vary considerably from 21.4 million to 33.7 million policyholders and their dependents. But there is one consistency between the enrollment estimatesâmost sources show that growth appears to have slowed in 2017, especially when looking at the market share of HSA-eligible health plan enrollment.â

If growth has slowed, structural obstacles could be one reason. Gregg Levinson, senior director, retirement with Willis Towers Watson in Philadelphia, points out that HSAs were never intended to be longer-term investment accounts. Instead, they were designed as short-term savings vehicles that worked in tandem with high-deductible health plans.

Thatâs how account owners appear to be using the plans. Delany notes that the vast majority of HSA owners donât use the accounts as longer-term savings vehicles either because of awareness, education or financial wherewithal. They instead are using them for contributions in and distributions out for qualified expenses in the same year. Another EBRI report for years through 2016 supports that assertion: âOn average, account holders appear to be using HSAs as specialized checking accounts rather than investment accounts â¦ most account holders appear to be using the accounts to cover current expenses, such as deductibles, coinsurance and copayments, rather than fully taking advantage of the tax preference by contributing the maximum. â¦ Very few account owners invested their HSA balance in investments other than cash despite the tax saving possibilities. In 2016, 4 percent had investments other than cash.â That pattern might be changing as account longevity increases, however, Devenir Research found higher investment account usage of almost 15 percent at year-end 2016 and 18.4 percent by year-end 2017.

HSAs must evolve to gain wider acceptance like that enjoyed by 401(k)s and other defined contribution plans, Levinson maintains. In contrast to 401(k) plans, HSAs are not subject to ERISA fiduciary standard and the market has only recently started to get a degree of due diligence scrutiny on account fees and investment plan lineups. Morningstarâs 2017 survey of 10 of the largest HSA plan providers concluded that only one plan looked âcompelling for use as a spending vehicle and an investment vehicle, suggesting there is much room for improvement across the industry.â

HSAs arenât yet a compelling business story from an assets perspective and itâs not immediately obvious how advisors can monetize them, says Delaney. But he maintains that plan sponsorsâ growing awareness of and interest in the accounts likely will generate inquiries whether or not the advisor wants them. Delaney suggests that advisors become âat least conversantâ with the plansâ features and benefits, otherwise sponsors will have those conversations with other vendors.

Advisors and consultants can also bring balance to the discussion. T. Rowe Price has examined HSAsâ pros and cons and Delaney cautions that HSAs are not the optimal solution for everyone. Employeesâ financial circumstances and medical expenses differ, which means that their ability to use HSAs as longer-term investments will vary. Instead he maintains that âthe best path forward for Americans to save for health care is probably not just an HSA, but itâs probably a combination of employer-sponsored savings like pretax or Roth contributions in conjunction with an HSA if itâs available.â